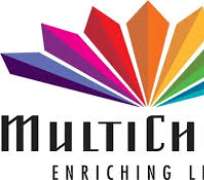 A Federal High Court in Lagos has fixed May 21, 2015 to rule on an application filed in objection to the suit seeking to restrain Multichoice Nigeria Limited from increasing subscription fees on the Digital Satellite television being operated by it.

Two Lagos-based legal practitioners,  Osasuyi Adebayo and Oluyinka Oyeniji, had filed the class action on behalf of themselves and all other DStv subscribers across the country.

The plaintiffs were seeking an order of the court restraining MultiChoice from implementing the 20 per cent increment on DStv subscription rate which began on April 1, 2015.

They also want the court to compel the National Broadcasting Commission to regulate the activities of MultiChoice so as to prevent what they described as arbitrary increment in subscription rates.

They specifically want an implementation of the  pay-per-view scheme in Nigeria, whereby subscribers would only pay for programmes they watched, as is being done in other parts of the world where MultiChoice operates.

But MultiChoice, through its lawyer, Mr. Moyosore Onigbanjo (SAN), filed a preliminary objection, urging the court to decline jurisdiction and discountenance the reliefs being sought by the plaintiffs.

Canvassing argument at the Tuesday's proceeding, Onigbanjo maintained that the plaintiffs had no cause of action, adding that a court did not have the power to regulate the price of services that a business was offering to its customers.

He pointed the attention of the court to MultiChoice's conditions or terms of agreement, especially clauses 40 and 41 stating that 'Multichoice Nigeria may, from time to time, change the fees payable to Multichoice Nigeria for the Multichoice Service by way of general amendment.'

Onigbanjo said, 'My Lord, the country, Nigeria operates a free market economy; neither the government nor the court can regulate prices. How do you now say, for instance, that one bread is more expensive than the other and then ask the court to order the baker of the more expensive bread to go out of the market?'

Onigbanjo argued further that there was no existing law in Nigeria empowering the NBC to regulate the prices of services that satellite television operators in the country were offering to their customers.

'The NBC Act does not say that any satellite television operators in the country cannot increase their prices.

'I therefore humbly ask that the plaintiffs' suit be struck out for being grossly unmeritorious. We will not be asking for cost because they are our subscribers,' Onigbanjo submitted.

Justice C.J. Aneke adjourned till May 21 to rule on the objection.

Earlier at the proceeding, counsel for the plaintiffs, Yemi Salma, had reminded the court that there was a pending application for committal filed against the Managing Director and the Public Relations Officer of Multichoice, Mr. John Ugbe and Caroline Oghuma respectively.

Salma said the said committal application asking the court to jail Ugbe and Oghuma for allegedly disobeying an order of the court should be taken first before any other thing on Tuesday.

Aneke had on April 2, 2015 made an interim order restraining MultiChoice from implementing the 20 per cent increment in subscription rate on DStv, pending the determination of the suit; but the plaintiffs alleged that the order was shunned.

'My Lord, the application for contempt must be taken first. My Lord, this position has been severally adopted by the court, even by the Court of Appeal,' Salma said.

But in opposition, Onigbanjo said the jurisdiction of the court had been challenged and that that had to be settled first before the court could even make any order.

Besides, he reminded the court that the matter was specifically adjourned for the hearing of his client's preliminary objection, arguing that the court did not have the power to overrule itself.

He argued, 'My Lord, a court without jurisdiction that goes on to act, does whatever it does in futility. If a court does not have jurisdiction, where does the power for committal come from?'