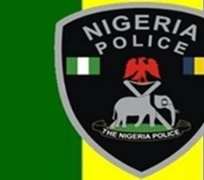 Enugu state police command have arrested one Chijioke Onyeke, male, who hails from Umuaina Umuogboagu town in the Igboeze North Local Government Area of the state for killing his father, Mr. Onyeke Benjamin.

Chidi Agbo was arrested for beating his mother Mrs. Virginia Agbo to death.

Amaraizu said that the state command through its operatives have commenced a full scale investigations into both murder cases.

Reports have it that Chijioke Onyeke last Sunday, April 26th at about 6:30 pm used a machete to cut his father on the head.

The cut was said to inflicted severe injury on his fathers' head which caused the deceased to be rushed to St. Mary’s hospital Ogurute where he died.

Body of the deceased Mr. Benjamin Onyeke has been deposited at the General Hospital mortuary Ogurute Enugu Ezike for Autopsy

In a similar development a suspect Chidi Agbo of Ette Center in Igboeze North Local Government Area of Enugu state have been arrested by the state command operatives for allegedly beating her mother to death over a yet to be identified issue.

It was gathered that the mother identified as one virginia Agbo met her untimely death on Monday April 27th in the hands of her son who allegedly beat her over a disagreement. The mothers' lifeless body was later found lying on the bed.

The police say the suspect is helping the police in their investigations while the dead body of the deceased has been deposited at the General Hospital Mortuary at Ogurute Enugu Ezike.