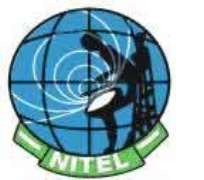 After receiving the certificate for the ownership for national carrier and Gateway License of Nitel and the Mtel  Spectrum, the NATCOM Consortium Chairman, Dr. John Olatunde Ayeni promised that the firm 'will bring a brand that will delight the Nigerian customers and market.'

The CEO, who spoke in Abuja said: 'A new player and a new entity is entering the telecom industry today  and a new brand and a strong brand has come.'

He said the firm is of the belief that there is a vacuum in the telecommunications market and the vacuum is the space that NATCOM's unique brand would fill.

Filling the vacuum entails 'listening to the customers and delighting them with what they need,'he said,   promising that his group has resolved to make the customer the king.

Vice President Namadi Sambo, who is also the NCP chairman, told the chequred history  of  Nitel and Mtel before its final  privatisation to NATCOM .

He recalled that in 2001, the strategic core investor sale of 51 per cent shareholding of Nitel to International London Limited (IILL) was unsuccessful.

He noted that in 2005, there was also a failed management contract by Pentascope with and aborted Orascom Telecoms bid in the same year.

Sambo said there was the strategic core investor sale, through negotiated sale strategy, to Transcorp which was cancelled in 2009.

In 2011, according to him, there was the strategic core investor sale, where New Generation Communications Limited and Omen International Limited emerged as preferred bidders.

On NATCOM, the Vice President explained that NCP approved the privatisation through a Guided Liquidation Strategy through a competitive bid process.

He stressed that two bidders submitted their technical and financial proposals after which NATCOM met met the technical requirement.

Sambo said that 'Its financial proposal was publicly opened on October 24, 2014. The first bid was $221million which was below the reserved price. After a second round of bidding, the revised bid of $252,221,000 was above the reserve price. NATCOM was therefore declared the preferred bidder.'

He urged stakeholders to see the privatisation as a necessary tool for the deregulation and opening up of hitherto government dominated sectors of the economy to the private sector as well as divestures of government's interest in such sectors.