The strengths of the economy Buhari will inherit 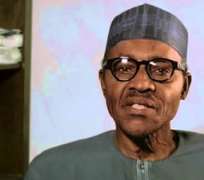 Forget the political spin. The Nigerian economy which the incoming Buhari government will inherit, in spite of clear challenges, has many strengths. Yes, the slump in oil prices has no doubt had serious effects on the economy. It has altered 2015 budget projections, led to the devaluation of the naira by about 18% and contracted economic growth projections by a couple of notches down. However, six months after the global oil prices dipped by over 60% from a high of $115 in June 2014, the Nigerian economy has not caved in or gone bust. Inflation which is one the strongest indicators of economic distress is still fluctuating within the single digit band. Current figures from the National Bureau of Statistics put it at 8.4% indicating only marginal increase in the prices of goods and services. Prices of food items are still relatively stable coupled with other key macro-economic indices which remain positive. What this clearly tells us is that the Nigerian economy is standing on pillars which have remained resilient and strong, helping greatly to absorb the shocks from the crash in oil prices and also providing a good base for recovery and accelerated growth.

So even though the fall in oil prices may have cast an ominous cloud over our economy, the core fundamentals still remain unassailably strong and potent. The truth is that the slump has not and will not change the fact that Nigeria still has the largest economy in the whole of Africa, neither has it altered the fact that the non-oil sectors have overtaken oil as the real dominant drivers of economic growth in Nigeria with Agriculture in the lead followed closely by the entertainment sector, telecommunications, manufacturing sectors etc. The situation would have been a lot worse by now if the government had not had the vision and gone ahead to pursue an aggressive economic diversification program that has stimulated strong growth of other critical sectors of the non-oil economy.

For instance in 2014, Nigeria's real GDP was projected to grow by 6.2% based largely on an outlook of increased agricultural production, stimulation of the non-oil sectors, and robust fiscal and monetary policies. The real GDP growth rate as reported by the National Bureau of Statistics (NBS) in the first, second and third quarters of 2014 was 6.21%, 6.54% and 6.23% respectively. This was indeed a very good achievement relative to the budget projection. Based on same results, the non-oil sector recorded real growth of 7.51% in the third quarter of 2014, compared to 8.21% and 6.71% respectively in the first and second quarters of the year. The non-oil sector was driven by growth in activities such as crop production, textile apparel and footwear. Telecommunications and Real Estate sectors also contributed to growth in the non-oil sector. On the other hand, the report revealed that the oil sector, grew only in the first quarter by 5.14% and declining in the second and third quarters declined by 6.6% and 3.6% respectively. So the fact which is being obscured by the effects of falling oil prices is that the Nigerian economy is expanding its base with the oil sector now contributing only about 15% to GDP growth and only 80% to revenues down from over 95% years back. This is the good news that we should in the midst of these oil induced challenges make out time to appreciate.

In addition, this also goes to show more than ever before that the much touted need to diversify our economy is in full effect and actually gaining much traction. Indeed, our economy has successfully commenced a consistent growth in the right areas that are outside of oil. If this momentum is sustained, of course it will only be a matter of time before we would be able to redraw the percentage of revenues accruing to the state with the oil sector taking the back seat. It is also for this singular reason that even with the brutal effect of the fall in oil prices which has reduced the average global growth rate at below 3.5%, the Nigerian economy is still projected to grow at 4.8%, a rate that is above the world average. If in doubt as to the strength of our economy, countries like Venezuela, Russia presents ready examples of the damaging effects that the drop in oil prices has had on oil dependent economies.

Let's look at the case of Venezuela for instance. Venezuela, a country with the world's largest petroleum reserves has basically gone under with an inflation rate currently standing at 64% along with chronic shortages of basic items. Things have got so bad that some of the nation's most prestigious public hospitals have had to shut down because of shortages of medical supplies. Healthcare services are near broken with so many drugs having run out of stock for months now. Diapers are so coveted that some shoppers carry the birth certificates of their children in case stores demand them. Economists predict that shortages will get even more acute and inflation, already at 64 percent, will climb further.

Things are also not so calm in Russia another major oil economy. According to a report by Moscow Times, the impact of oil prices on the Russian economy has led to a 3 percent GDP contraction this year, along with 12 percent inflation. This has forcibly compelled the Government to make drastic cuts in government spending for the year 2015. Also Iran and several other oil dependent economies around the world are experiencing tough times as a result of this precipitous fall in oil prices. The good news for Nigeria is that we are not anywhere near what these countries are going through because of the strength of our economy. We should appreciate this even though things are not optimally okay. It could have been worse.

We should resist those who are trying to paint the picture of hopelessness. We can get out of this situation if we keep on the track that has already been laid. For one, we have a strong base for growth that can easily and in time give us a leap back. That Nigeria has the largest economy in Africa is something that should give us hope that things can get better with time. To those who are quick to push the argument that we may have the largest economy in Africa with the GDP of $510M but the growth has not gone round and had impact on the lives of ordinary Nigerians, all we can say is that it will come around soon enough. At least the process has commenced. If the economy does not grow we cannot even have the basis to be discussing the issue of how expansive and inclusive the impact is in the first place.

We should also know that the reality of the oil crisis does not change the fact that the economy has been producing an average of 1.4 million jobs per annum. It also does not alter the fact that within the past couple of years, the level of poverty has also dropped significantly. According to the Nigeria Economic Report 2014 by the World Bank, poverty rate in Nigeria has dropped from 35.2 percent of population in 2010/2011 to 33.1 percent in 2012/2013. What this means is that we have an economy that is lifting so many Nigerians out of the.

And again, the inequality that exist is largely a result of the unbalanced growth pattern of the economy which is now set to be institutionally corrected with the introduction of the Nigerian Mortgage Refinance (NMRC) Bank targeting the housing sector and the Development Bank of Nigeria (DBN) that targets the micro, small and medium scale enterprises.

NMRC has been set up as a private sector led company to provide affordable mortgages to ordinary Nigerians by raising long term funds from the local and international capital markets. In less than a year of its launch this bank has already processed over 33,000 mortgages. Cantor Fitzgerald an international Investment firm has already executed a $1billion MoU with the bank with an ambitious plan to build 10,000 houses within one year. As activity picks up and construction work begins, jobs will be created and the economy will grow. There will be jobs for masons, laborers, carpenters. The people that are into furniture and household items will witness a surge in demand for their products.

Also the recent launch of the DBN has indeed opened a new vista of development financing in Nigeria. It represents the most ambitious and well-structured effort of Governments to fix the perennial problem of access to finance that has long held down the potential of small businesses in Nigeria. With the coming of this bank, operators of micro, small and medium scale enterprises can rightly heave that sigh of relief with the knowledge that to get business loans with tenors of up to ten years with a moratorium of up to eighteen months is no longer a dream or mirage. In addition to the convenience that the moratorium and unprecedented longer repayment time frames that the bank offers, it is also set to offer these loans at interest rates that are far lower than what currently obtains in the market today.

I will like to conclude by saying that the President-elect, Buhari is about to inherit an economy that is challenged by falling oil prices but which remains fundamentally strong. He will inherit a diversified economy and strong financial institutions that have been programmed to stimulate growth of non-oil sectors like housing and small businesses. In essence the economy is on a good and proven path of growth. If he keeps with it and give it some more stimulation, the road to recovery and a re-bounce will not be so far off.