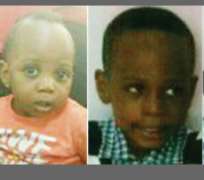 The three kids kidnapped by their nanny in Lagos that drew wide condemnations Nigerians have been found. The father of the kids, Lere Orekoya, confirmed the development.

In a text message to some journalists at about 1:30am on Wednesday, Orekoya said the kids had been found. Though he did not elaborate, he thanked the journalists for the assistance they rendered while the family's ordeal lasted.

Akinloye demanded for an initial ransom of N15 million. She however reduced it to N13 million, threatening that any further request for reduction would result in the death of the children.

Orekoya did not however say if any ransom was paid. All efforts to reach the Police Spokesman in Lagos before press time proved abortive.

More details in the come …