Gen Buhari Did Not Promise To End Boko Haram Soon…APC 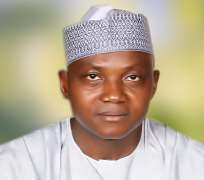 The All Progressives Congress Presidential Campaign Organisation has described as misleading and unfounded, media reports that the President-in-waiting, Maj. Gen. Muhammadu Buhari (retd.), has pledged to end the scourge of Boko Haram insurgency in the country within two months.

The Director of Media and Publicity of the APC Presidential Campaign Organisation, Garba Shehu, made the clarification in Abuja  on Thursday.

In a statement he signed, Shehu said Buhari never made such a promise, adding that he would require time to study the situation as soon as he assumed office to put in place an effective strategy of dealing with the situation.

Shehu said, “His Excellency, the President-elect is still waiting to be sworn in on May 29. After the ceremony, he would need time to study the security situation and plan strategically with the security chiefs as to the way forward. Time is of essence here.“Therefore, President Buhari didn't and wouldn't peg the decimation of terrorism from the country's territories to just two months.