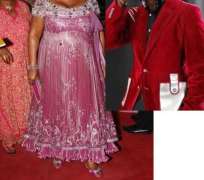 We see men all over the place. We call them men, but the question is how many of these “men” can actually boast of being “REAL MEN”. I remember clearly when I was in the university, we had a lot of the so called campus big boys, with their big rides and cosy apartments. We saw young girls fighting themselves and breaking their necks just to be identified with these happening guys.

Well, before I go into the main article for today, I want to let you know that I decided to treat this topic today due to the numerous text messages I get from readers asking me to link them up with sugar mummies. Guys, I want to state categorically that I don't get involved in such messy deals. Why would a young man, instead of thinking and working for a better future, decide to live his life under the cover of a woman who does nothing but use him to satisfy her sexual urge?

I have been to all the big cities in Nigeria, and I have noticed one thing that is so common — sugar mummies/gigolos. You find these set of people everywhere: in the political arena, corporate world and even market places. Some servants go to the extent of servicing madam in the absence of Oga, just for the protection and little favours they receive.

Let us start with the political setting. I was in Abuja not too long ago. I saw a lot of “big boys” with their big rides and big houses. In fact, some of these guys are married to very lovely women who so much depend on them for sustenance without knowing that their source is one old woman somewhere. I feel for those ladies.

These women help their boys with mouth-watering government contracts and big time jobs. A friend in Abuja, who just got married, narrated his experience to me. This guy left Lagos in search of greener pastures in Abuja. Every morning and evening, he goes to Hilton to hang out in the lobby. There, he met a director in one of the ministries who asked him to send in a proposal. This he did, but at the point of the concluding the deal, something happened.

A lady who works in that ministry asked him to have an affair with her. This became the condition for him to secure the contract. My friend accepted her proposal, just for her to sign his N100million contract deal. A day came that this lady took him to an Indian temple somewhere around Asokoro. She almost got him to enter into a covenant with her right there in the temple. But thank God for good friends. He told a friend what was going on and God in His infinite mercies used this friend to open his eyes and get him to run for his life. Yes, he lost the contract, but his soul was saved.

I just pity girls who are so much after material things and fame without getting to know the stuff the man is made of. When you drive to all the big club houses in town, you see our so called big boys who are nothing but gigolos. They throw the biggest parties in town, they keep the prettiest girls, they live in posh apartments, they have their class when it comes to cars and designer wears.

Guys, you know what? That is all they do with the allowance from big mummy. I know of a particular actor who was, and is still into sugar mummies. I know some who are commissioners and directors in ministries. All these guys specialise in is dating old women, not because they are in love with them, but because they want to become sex toys, just to achieve their goals. You are just a lazy man who is not worthy to be called a man.

When you look at the corporate settings, you see some guys who are the female MD's pets. These ones come to work whenever they like, they leave the office whenever they like, and they insult the manager at every slight provocation. They go against all the laid down rules of the company. But what do they get at the end of the day? Promotion instead of a query or sack letter. Some of them do it the good boy way. They become too committed to their job; they close late and are always the last to leave the office.

You are only looking for a sugar mummy because you see yourself as a failure in life. What a shameful thing for a man to sell his pride just to become great. It is not worth it my dear. These sugar mummies will give you all the good things but not without the full dose of pain that comes with them.

You are happy now that unlike your fellow drivers and stewards, madam has rented a very fine apartment for you. She comes there when you are off duty just to have you waste your God-given substance. Your day of pain is coming.

Why would you get involved in a relationship where you have no say of your own? You have a relationship with a very young girl who you have lied to, presenting the sugar mummy as your aunty. You trickishly send the girl out of the house whenever she is visiting. Nemesis will catch up on you someday.

Some sugar mummies have destroyed the lives of their younger lovers. Boy, don't think you are too smart. She knows what you are doing, but she is waiting for the right time to strike. She knows you use the car she bought for you to pick your girls to the salon and clubs. She knows you used her money to rent an apartment for your young lover.

But she is only waiting to get another gigolo like you to be servicing her before she strips you of everything you have. You will surely vomit it someday. I recently heard of a boy who stole N4million from his sugar mummy. She is still after him and has told her friends he will pay with his life.

Guys, why sell your pride just for the comfort that lasts for a while? Even when you end it with her, you can never regain your pride. The actors I talked about have that word, gigolo, attached to their name. Now they have reached the peak of their careers, but has that thing about their name changed? Don't sell your birthright for a pot of porridge.

Even if things are too hard for you now, refuse to be involved in such a relationship that can give your mother heart ache. It's a sad thing that some mothers these days support their sons having sugar mummies. These women have sent their daughters-in-law out of the house for a sugar mummy to move in and be responsible for feeding and maintenance of the whole family. If your mother is into this with you, I am really sorry for you because your situation is a very tragic one. Your mother is just as greedy and gullible as you are.