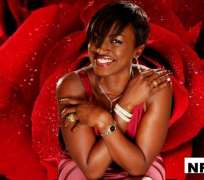 Nigerian notable artistes namely Kate Henshaw-Nuttai, Bimbo Akintola, DJ Jimmy Jatt and Sound Sultan among others have been selected for the Campaign of War Against Rape (WAR).

The campaign which was formerly slated for last month has been postponed to April 16, 2010. According to the organisers of the event, the walk was postponed to ensure that the aims and objectives of the campaign were met through its collaboration with the Ministry of Woman Affairs.

It was gathered that the organisers are leaving no stone unturned to ensure the success of the event and called on participants to keep their shoes and fighting spirit intact for the big event.