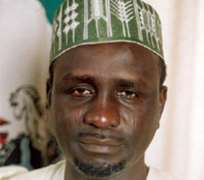 The Federal Government has concluded arrangements to make university first degree the minimum teaching qualification in Nigeria, according to the Minister of Education, Ibrahim Shekarau.

The envoy had told the minister that all teachers in Finland had a minimum of Masters Degree because 'teaching is a highly competitive profession due to huge interest by too many qualified people.'

He said the minimum teaching qualification in Nigerian schools, since 1980, had been the National Certificate in Education.

The minister said that there were currently a number of graduates teaching in primary schools in the country.

Shekarau recalled that the country was able to get over the practice in the past where primary school leavers were engaged in teaching, saying 'the level was raised to Teacher Grade III in the 1960s and later on in the early 70s, it was minimum of Grade II, this was later phased out in early 80s to minimum of NCE.'

'Gradually we will get there. We hope that a day will come when all our schools, including pre-primary will be handled by university graduates,' he added.

He said that apart from the general agenda of government to improve access to quality   education, he said he was particularly concerned as the education minister to improve the quality of teachers.