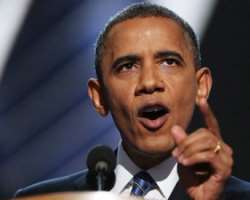 The United States government has thrown its weight behind the Federal Government to conduct this year's general elections despite the fact that the country is facing security challenges.

This view was expressed on Tuesday at the US Department of States' daily briefing in Washington.

The US government also said that the recent incessant attacks by the Boko Haram insurgents could be as a result of the approaching general elections in Nigeria.

'It's because Boko Haram has tended to, particularly around something like an election, used political issues or sensitivities to try and inflame tensions. We've seen that as one of their tactics, and that's why it's so important to move forward with the election, because we believe it's important. Well, I don't want to prejudge.

According to her, the US government will continue to assist President Goodluck Jonathan's administration in fighting terrorism, despite the fact that a training programme by the US for Nigeria's military personnel was cancelled by Nigeria late last year. - Punch.