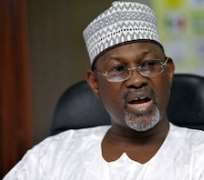 The Nigerian House of Representatives on Tuesday approved the use of temporary voters' cards by Nigerians for the 2015 general elections.

INEC had severally had to explain to Nigerians why some people who registered and have the temporary voters cards could not find get the Permanent Voters Cards during distribution.

Some Nigerians including politicians had accused the electoral umpire of planning something sinister ahead of the elections.

Some others claimed it may be a ploy by some politicians to rig elections by making sure that people in areas where they are not sure of votes do not get their cards.

Confirming the approval through a series of tweets on Tuesday, a member of the House representing Surulere Federal Constituency, Femi Gbajabiamila, said the House agreed that those who do not have the Permanent Voters Cards should be allowed by INEC to exercise their rights during the elections.

'Today on the floor of House of Representatives, I presented a motion to enable Nigerians use Temporary Voters' Card during 2015 elections

'Data of such persons must be verifiable on the voters register at the polling center on day of election.

'The motion would ensure registered and eligible voters will not be disenfranchised in the 2015 general elections.

'My colleagues supported the motion to use Temporary Voters Cards on (the) day of election and it therefore scaled through.

'House concluded that INEC should include in its election guidelines a provision(s) allowing registered voters with TVC (temporary voters' cards) to vote,' Gbajabiamila said.