PROTEST FOR ODUDU UKPANAH: THAT HISTORY MAY JUDGE US WELL 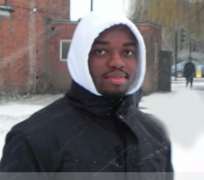 The Coalition Of Human Rights Defenders ( COHRD ) wishes to notify the human rights community, civil society, the media and the general public that hearing in the case instituted against Mr. Odudu Ukpanah by the Akwa Ibom State Government will continue on Monday 5th January, 2014 before His Lordship, Hon. Justice Ezekiel Enang of the High Court of Akwa Ibom State, Abak Division, Abak Local Government Area.

COHRD shall be heading to the court in solidarity with Odudu Ukpanah who has been incarcerated since 27th May, 2014 ostensibly on the orders of the Akwa Ibom State Governor, Chief Godswill Obot Akpabio, on a trump -up charge of killing the very father who sponsored his Masters Degree in the United Kingdom.

The charge of murder against Mr. Odudu is not only indefensible but clearly inconsistent with the Police Investigation Report dated 25th March, 2014, signed by Sgt. Ibediro Nnamdi, the Investigating Police Officer, which stated that the assassination of the slain outspoken politician, Engr. Albert Jimmy Ukpanah, was politically motivated and also recommended that further investigation be carried out to unravel the REAL KILLERS.

Hearing in the case commenced only on the 15th December, 2014, about 7 months into his detention. Mr. Odudu's health condition is deteriorating owing to the absence of the needed facilities in the prisons to cater for his illment.

As a human rights organization devoted to the protection of the rights of the poor and oppressed Nigerians, we in the COHRD will never sit back and watch a despotic, oppressive and corrupt government emasculate innocent citizens with impunity.

While submitting to the jurisdiction of the court to determine this case on the merits, we insist that the fundamental right of Mr. Odudu to presumption of innocence until proved guilty, fair and speedy trial be respected and upheld.

In the light of the foregoing, the Akwa Ibom State Government is by this press release given up to Wednesday 7th January, 2015 to exercise her prosecutorial discretion to discontinue with any criminal trial in favour of Odudu Ukpanah by terminating this case or face a mass protest unprecedented in the history of Akwa Ibom State.

To forestall any attempt by "hoodlums" to hijack the protest should this simple call be ignored, the Commissioner of Police, Akwa Ibom State, will be notified formally and requested to provide minimal security for the peaceful protest. We are confident that our security agencies will not submit to Babylon and the wimps and caprices of anti-democratic forces.

Meanwhile, free T - shirts and transportation on first come first served basis will be available for those wishing to join us to the court on Monday January
5, 2015.

The following persons should be contacted for further details;

We sincerely appreciate the support of our friends in the media. We appeal to them to continue to stand by us in this very historic struggle for justice for the Ukpanahs and posterity. We equally appreciate the involvement of the Human Rights Committee of the Nigerian Bar Association and other stakeholders in this case. Indeed, injustice anywhere, is a threat to justice everywhere.