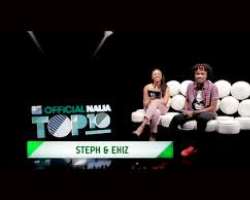 The list includes ten chart-topping videos that stayed on the number one spot for many weeks during the course of the year.

Other videos that made the list include Jaiye Jaiye, Show you the money andYawa dey.

You can catch The Official Naija Top Ten every Wednesday at 6PM on MTV Base Channel 322 and on STV at 10PM.