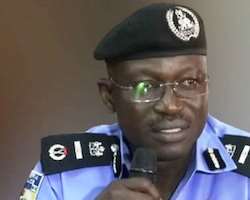 The Inspector-General of Police, Mr Suleiman Abba, has said that reports from across the country so far, have indicated that the Christmas has been celebrated without any ugly incidents.

Abba, who spoke to newsmen on Thursday at the Jabi Lake Resort after he patrolled round the FCT, expressed delight for the incident free celebration.

The I-G also confirmed that security agencies had continued to receive reports of intended attacks by insurgents, but added that the plans had been nip in the bud.

'But the police, as well as other agencies involved in law enforcement and security activities have beefed up operations to make sure that people enjoy the festivities.

'This is to make sure that people celebrate with some sense of safety in them. I am happy that quite a number of people are relaxed, enjoying themselves.

'We are out to make sure that the places the people are likely to visit, including the roads they use in getting to those places are well secured,' he said.

Abba promised that the police and other security agencies would put in extra hours of duty to make sure that Nigerians celebrate the Christmas and New Year in safety.

The I-G, accompanied by Mr Wilson Inalegwu, the Commissioner of Police in charge of the FCT had group photograph with fun seekers at the lake at the end of the patrol.

It will be recalled that Abba embarked on aerial patrol/surveillance on Wednesday on the Abuja-Lokoja, Lokoja-Benin, Abuja-Minna and Abuja-Kaduna highways as part of strategies to ensure security during the celebrations.