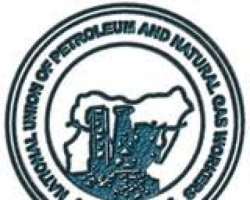 The Petroleum and Natural Gas Senior Staff Association of Nigeria says it has finalised plans to shut down all oil and gas installations in the country on the grounds of delay in the passage of the Petroleum Industry Bill and anti-labour activities of some employers in the sector.

Some of the anti-labour activities the association listed in a statement made available to our correspondent on Sunday included retardation of staff promotion in the Petroleum Technology Development Fund; non-standardisation of nomenclature and collective bargaining agreement of the Nigerian Nuclear Regulatory Agency with what obtained in other agencies in the oil and gas industry.

It also identified, 'refusal of the management of Addax/Petrostuff Nigeria Limited and Chevron/Sudelletra to recall sacked workers; and Petrobras management non-procedural release of personnel and its refusal to renew expired collective agreement; the unjust termination of appointment of the Port Harcourt Zonal Secretary and Treasurer of PENGASSAN and Nigerian Union of Petroleum and Natural Gas Workers respectively; as other reasons.

It said some other issues as the perilous state of the nation's strategic and industrial roads and highways, non-beneficial deductions of National Housing Fund from its members, pipeline vandalism and crude oil theft, and divestments by International Oil Companies without clear guidelines to check the resultant arbitrary job losses, heightening insecurity of members/families in the troubled parts of Northern Nigeria.

PENGASSAN also said plans were at the final stage with NUPENG to mobilise members for a nationwide industrial action.

It noted that the 14-day ultimatum given by its National Executive Council meeting of October 30, 2014 to the Federal Government and other concerned employers' and agencies and further ratified by the Joint NEC of both NUPENG and PENGASSAN on October 31, 2014, had since expired without any meaningful resolution or commitment from either the government or the concerned employers' and agencies at resolving the issues.

The statement hinted that all levels of the union had been fully sensitised and mobilised for the industrial action that would affect every value chain in the upstream, midstream and downstream of the oil and gas industry. Agency report