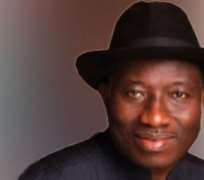 President Goodluck Jonathan has approved the appointment of a new Comptroller-General of Prisons. He is Dr Peter Ezenwa Ekpendu.

Before his present appointment as the Comptroller-General, he was Deputy Comptroller General (Administration) since 2012.

He has held various positions in the prisons including Deputy Commandant Prisons Training, College,Lagos-1991-1994; Officer-in-Charge of Umuahia-1995-1996; Officer in charge of  Owerri Prisons-1997-1998 and Deputy Controller of Prisons Training, Prisons Headquarters 1999.

He was promoted Assistant Comptroller General of Prisons (Operations) 2008 and was deployed as Zonal Coordinator Zone D, Minna- 2009-2010and he became Deputy Controller General (ITP) in 2011.