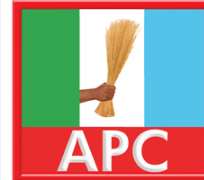 The peaceful atmosphere in Ibadan, the Oyo State capital, was shattered on Friday as hoodlums believed to be political thugs unleashed mayhem on the city and proceeded to engage the police in a shootout.

In the ensuing melee, an Inspector of Police was shot dead with many others, including an acting Divisional Police Officer and a Divisional Traffic Officer, receiving gunshot wounds.

They are currently in critical conditions while the police last night declared that it had drawn the battle line with politicians and their thugs.

There were conflicting reports on the cause of the mayhem but a Police source informed Saturday Tribune that hoodlums, who attended a final day 'Meet the People Tour' undertaken by Governor Abiola Ajimobi of Oyo State, held at the Oke Ado office of the All Progressives Congress in the heart of Ibadan, stirred the uprising.

'Policemen from Iyaganku division were called to maintain peace and orderliness at the rally and on sensing a brewing crisis between a man dressed in APC uniform and a commercial motorcyclist, our men moved to know what was happening,' said the source.

The source added: 'The cyclist said he was asked by the man to take him to a destination but he refused because he was not interested in carrying any passenger dressed in political party's uniform.

'At that point, we reasoned with the cyclist and advised the man to wait for another rider who might not mind carrying him even in his party's vest.'

The source explained further that the man insisted that the cyclist must carry him and as the exchanges hot up, a gang came around to further disturb the peace and one of them punched a policeman in the face.

At this point, the source said, the policemen arrested a couple of the thugs and called the acting Divisional Police Officer in Iyaganku who advised that the situation be brought under control pending her arrival to the scene.

The source added: 'When she (acting DPO) arrived, she had discussions with APC chieftains who pleaded for the understanding of the policemen as in an event of such magnitude, miscreants, parading as party men, could hijack the situation and terrorise the people.

'However, as the discussion was ongoing, some people believed to be APC loyalists demanded that two of those arrested by the police be released immediately.

'To our surprise, we saw another group of hoodlums who were protesting the arrest made by the police and were shooting sporadically letting loose hell on everybody. Some of our men had to ferry the acting DPO to safety in a nearby filling station.

'In the crossfire, one of our men, an inspector, was shot in the head.

'He died on the spot.
'The acting DPO sustained gunshot injuries, while the Divisional Traffic Officer was not spared.

'In fact, as of now, nobody can say actually how many policemen and innocent people were injured.'

The Police Inspector was confirmed dead at the emergency unit of a hospital located at Oke Padre area of Ibadan, while the DPO and the DTO are receiving treatment at the University College Hospital, Ibadan.

Meanwhile, the crisis extended to other parts of Ibadan, making areas in South Eastern part of the city, namely Idi Arere and Born Foto, deserted as residents fled when political thugs engaged one another in bloody clashes.

Soon after, it was learnt, the fracas extended to Iyana Lodge and Popoyemoja areas of the city.

Saturday Tribune gathered that a masquerader in Born Foto area led an army of thugs to engage rival gangs in a clash that left many injured.

The Police Public Relations Officer of the state's Police Command, Superintendent of Police Bisi Okuwobi-Ilobanafor, reacted in a statement that the command would wage a ruthless war on political thugs as a total of 18 people had been arrested in connection with the fracas and would be charged to court.

The statement added: 'The Oyo State Police Command is deeply miffed by the gruesome, unwarranted and unprovoked murder of an Inspector of Police by political thugs during a political rally in Oke Ado area of Ibadan, today, November 21, 2014.

'The Commissioner of Police, CP Kola Sodipo, hereby warns politicians and supporters in unequivocal terms that the battle line has been drawn between the command and anyone out to perpetrate criminality.'

Reacting, the APC, Oyo State chapter, believes the mayhem was masterminded by opposition political parties thugs who infiltrated the party's rank by wearing its vests.

The Publicity Secretary of the party in the state, Wale Shadare, blamed the opposition for scheming the mayhem to embarrass Governor Abiola Ajimobi and give an unhappy ending to his tour.

'Why did it happen on the last day of the tour? Why did they choose the governor's local government area to inflict the mayhem? The opposition parties embarked on the violence to embarrass the governor and take the shine off the successful tour,' Shadare said in a statement made available to Saturday Tribune.

Shadare recalled that the party had eliminated thuggery and violence in the state in the last three and a half years and would, therefore, cooperate with law enforcers to ensure that no stone is left unturned in bringing the perpetrators to justice.