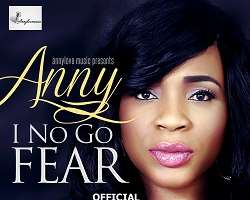 Multiple Awards winning Inspirational singer, ANNY has churned out a sweetening talking visual to the sophomore single “I NO GO FEAR”.

Following the awesome reception attained on the audio and based on popular demand, the sensational singer ANNY has released the much anticipated video to the rousing and stimulating song I No Go Fear to the delight of the fans. The video was also released in celebration of her 10th wedding anniversary later this month.

The video was shot on a location in Lagos and directed by @Lakeside12digit© 2014Nollywoodgists.com