Obasanjo and the rot in the Power sector 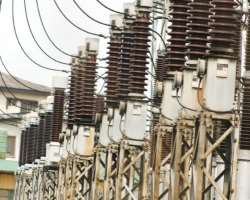 Former President Olusegun Obasanjo had two weeks ago blamed the rot in the country's power sector on the administrations that succeeded him, including the present under the leadership of President Goodluck Jonathan.

Obasanjo said the foundation for the little supply of electricity the country was currently enjoying was laid by his administration.

He said successive administrations after his rule as military head of state between 1976 and 1979 failed to do anything in the sector in terms of power generation and distribution till he returned to power in 1999 as elected president.

Before his exit in 2007, the former President said his administration's estimate was that the country needed to generate an average of 2,000 megawatts (MW) annually to ensure stability in electricity supply.

He said after he handed over power to the late former President Umaru Yar'Adua, no significant achievement was recorded in the power sector till he died, adding that the situation has deteriorated since President Goodluck Jonathan took over in May, 2010

But does Obasanjo have any right to blame the rot in the sector now on the present administration with various reports that nailed him following the probe by the then House of Representatives committee on power and steel chaired by Hon. Ndudi Elumelu. that investigated the 'waste and pilferage' of the sector's funding amounting to more than $16billion during the eight years misrule of former President Olusegun Obasanjo.

During its sittings in public glare at the national assembly, the committee invited key stakeholders in the power sector, to testify how the monies injected into it have been used among which are contractors, PHCN and ministry of power and steel officials including former and present ministers over the period, the NIPP, which was conceived by Obasanjo to provide emergency electricity to the country among others.

It is therefore not an exaggeration to say that the setting up of the committee has come as a big relief to Nigerians at least at the level of investigating the atrocities of the Obasanjo led administration.

There is no gainsaying in the fact that there was some kind of unanimity in the testimonies of all summoned key actors in the sector on the fact that funds injected into it have just gone down the drains as there is today no commensurate result to show that the released funds were used for the purposes meant.

All at the probe agreed that the sum of $16billion spent in an attempt to revive it and thus give power to the Nigerian people was just a ploy after all by Obasanjo to use it and enrich himself and his cronies.

Going by the assertion by some major contractors that they collected mobilization funds, sometimes 100% but did not till date carry out any jobs, while other companies given millions of Naira technical power contracts were neither registered companies nor had the know-how or the expertise to carry out the jobs at hand.

It is note worthy to at this point recall the testimonies of two key Ministers, kitchen cabinet members and members of the think-tank of the defunct Obasanjo government- Dr Okonjo-Iweala and Oby Ezekwesili who in spite of their closeness to Obasanjo openly blamed him for the current woes in the country's power sector.

Testifying before the committee, Iweala said that during her tenure as Minister of Finance, Obasanjo substituted the due process in the award of the contracts and of certification at various stages of execution of contracts for the national integrated power project, NIPP with waivers.

She accused the present Governor of Cross Rivers state and then minister of power and steel, Liyel Imoke of advising Obasanjo to grant the waivers.

Ezekwesili, who headed the due process office at its inception before she was made minister of solid minerals took time to explain to the committee that the office was established following a detailed study undertaken into how procurement had been done in the country before 2002 where the country lost billions of naira through flagrant disregard for due process in the award of contracts.

One can conveniently and without any iota of doubt that state that the bottom line in all of the submissions to the NASS committee is that Obasanjo is guilty of pilfering with state funds amounting to more than $16billion.

He must therefore be asked to account for them.

The committee still need to invite him to defend the weighty allegation of giving waivers to some companies involved in the NIPP projects when he clearly knows that it is not in consonance with the laws setting up the due process office.

Obasaanjo had breached the due process law and as a result of which Nigeria had lost billions of dollars.

He must therefore be made to refund the monies or in the alternative the government orders a confiscation of all his properties within and out of Nigeria.

Obasanjo's 8-year tenure has certainly caused Nigeria and her nationals colossal loss in trillions of Naira arising from his self centered interests in the award of phony contracts in NIPP, NNPC and privatization of state enterprises among others.

Obasanjo is the major culprit in the current power scam in the country despite the billions of dollars of public funds injected into it.

It is very clear that Obasanjo's hands are soiled in the power sector scam among several others in his misrule of the country.

Even the NNPC had accused Obasanjo of forming oligarchs in the oil sector.

The NNPC said Obasanjo concentrated the oil sector in the hands of a few oligarchs that manipulated it at the expense of the majority of Nigerians.

It said the privatization of the oil sector carried out by Obasanjo was driven outside the NNPC and that the process excluded competent hands who would have advised government properly.

This is to say that Obasanjo avoided involving the experts for his selfish ends.

One then wonders how his claim of being a transparency regime can be justified in view of the several scandals that came to the fore during and after his 8 years tyrannical rule of the country.

Despite all of this, what can then Obasanjo say about his involvement in the crooked sales of NITEL to Transcorp where he hold more than 200 million shares in blind trust; the sales of the Aluminum smelter company in Ikot Abasi, sales of Ajaokuta to Globalsteel, a company partly owned by Gbenga, his son; the sales of Oshogbo steel company and other steel rolling mills in the country among others? What explanation would Obasanjo offer to Nigerians in the undervaluation of the NAFCON, the Refineries and other key federal government enterprises? Is it all in compliance with his claim of transparency, due process and accountability?

What of his involvement in the looting of public funds at the PTDF? But as a smart thief, Obasanjo used the machinery of government at his disposal to drag the name of his Vice President, Atiku Abubakar in the mud as the one who squandered the PTDF funds but for the doggedness of Atiku to clear his name at the Senate probe and in the courts up to the highest court of the land.

The truth is that Obasanjo has lost his credibility, morals, transparency, accountability and conscience, all because of money.
awolowo gbolahan is public affairs analyst based in akungba, ondo state.