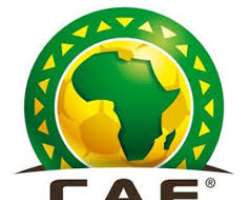 Equatorial Guinea will host next year's Africa Cup of Nations, according to the Confederation of African Football (CAF). CAF announced this Friday through their Twitter account. Earlier, French newspaper L'Equipe on Friday reported 2012 Nations Cup co-hosts Equatorial Guinea will host the 2015 AFCON from January 17 to February 8 in place of Morocco, who were disqualified after they maintained the competition be shifted to a later date because of the outbreak of Ebola, which has killed over 5,000 people in West Africa. They quoted sources in Equatorial Guinea for this information. CAF president Issa Hayatou is expected in Malabo Friday to finalise arrangements with the government of Equatorial Guinea. He has promised to name a new host for the continental showpiece event this week. The oil-rich island has also hosted the African Women's Championship in 2012. – The Nation