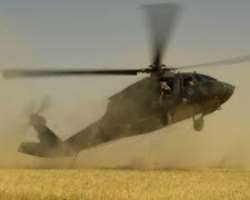 A military aircraft which was believed to be on a surveillance mission in Adamawa State crashed around 9am on Monday.

A source who spoke with our correspondent said that the aircraft came down at Damare in Girei Local Government Area just a few meters from the State Capital, Yola.

The source said that the aircraft was carrying five armed American military experts.

Efforts are on to get the reactions of the American Embassy in Abuja.

It was gathered that none of the security personnel involved in the mishap died.

It was learnt that three of the crew escaped unhurt while the other two sustained injuries and were receiving treatment at an undisclosed military hospital in Yola. Pun