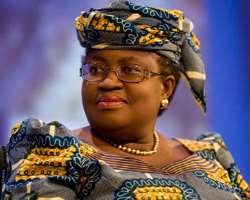 The Federal Government may have resolved to engage private sector's investors in the financing of projects as the country's revenues continue to be depleted due to the fall in the price of oil.

Such projects are currently being funded directly from the Federal Government's budget while the investors in turn operate them to recoup their investments and later return them to the state.

Already, 48 of such viable projects have been identified by the Infrastructure Concession Regulatory Commission (ICRC), which is the Federal Government's body vested with the powers to approve and regulate the partnership between the investors and the state. Some of the projects have already taken off while some others are still at the developmental stages.

And to strengthen the partnership in the country, the African Development Bank (AFDB) Country Office in Nigeria Monday began a capacity building programme for key officers of Government's Ministries, Departments and Agencies (MDAs) on international best practices on PPPs.

While opening the workshop, the Coordinating Minister for the Economy and Minister of Finance, Dr.  Ngozi Okonjo-Iweala, commended the AFDB for the initiative, saying a successful PPP programme in Nigeria would save the country huge finances.

According to her, Nigeria requires at least $14 billion yearly to fund her infrastructural needs, out of which she has only been able to provide $6 billion leaving a big gap of $8 billion.

The PPP initiative, she added, was therefore a welcome development as it would fill the gap with the private sector's intervention.

Her words: 'The African Development Bank deserves commendation for organising this timely and very important forum. We need to refine and improve our use of PPPs for execution of important projects which will improve the economy and deliver benefits to our citizens.

'To fund infrastructure, Nigeria needs about $14 billion every year out of which $10 billion should come from the federal level. And this estimate is not comprehensive because it is likely to be higher when the total financial outlay needed to fund the Infrastructure Master Plan is calculated. Currently, the country's spending on infrastructure is about $6 billion. So there is a big gap that needs to be filled. That is why PPPs are very important to Nigeria at the moment.

'The country is already utilising PPPs in projects such as the Lekki Deep Sea Port, Lagos-Ibadan Expressway, Second Niger Bridge etc but we need much more because our needs are so great. Also we need to improve the PPP model to ensure that it suits the country's needs, delivers clear benefits without leaving us with difficult problems.'

Okonjo-Iweala also expressed concern at the delivery timelines by investors already in the PPP deal, saying that it was not fascinating particularly in Nigeria where the tenure of elective office is four years whereas the citizenry would like to see the services rendered by their representatives within that short period.

Her words: 'One of the problematic areas is the amount of time needed to complete a PPP project. On the average, according to studies, it takes seven years to complete a PPP project in Africa. This is too long! For policy makers and political leaders who are operating on a four-year term, seven years to deliver a project  which they have promised the people is not very attractive. The difference in time horizon between policy makers and technical partners needed to be reduced. PPPs need to be processed faster. In other words, we need better financial, legal and regulatory capacity to achieve faster results.

'Another issue which we have observed is that there is a tendency to make legal requirements too complicated and load every risk on government to the benefit of investors who walk away with rewards at virtually no risk. Government must of course bear significant risk but not everything. The risks need to be shared to make the project fair and sustainable

'Also the rate of return expectation of investors tends to be too high and this is reflected in unsustainably high costs of PPP projects. Sometimes it is as high as 30%! The consequence of this is that tolls are too high and the public understandably becomes hostile to the project and this leads to all kinds of problems. There is therefore a need to have a right financial and economic framework which will ensure that investment is profitable but also benefit consumers and the economy,' the minister further advocated. - Guardian.