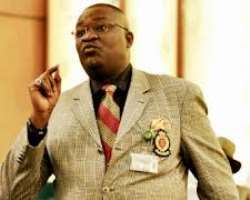 The constituents of Ekiti North Federal Constituency 1 in Ekiti State have been thrown into an unusual jubilant mood, just as their representative at the Lower Chamber, Hon Bimbo Daramola, announced the official commissioning of a multi-million naira Joan Taiwo Daramola (JTD) Memorial hospital, at Ire Ekiti.

This laudable initiative is one out of the numerous mega development projects executed under his Constituency Project, spanning through Ikole, Oye, Ire, Aiyegbaju, and other adjoining communities within his constituency.

While addressing the press recently, Hon Daramola who is fondly called congressman explained that the newly built hospital which would be commissioned and open to public use on Saturday, November 8, 2014, is among the landmarks that would serve as reference point for his period of representation since 2011. He also noted that, as a progressive, he considered it worthwhile to intimate the public about the hospital which he built with his personal funds, as part of measures specifically put in place to improve on quality of life and wellbeing of the people; noting that the essence and usefulness cannot be overemphasized.

The hospital which would be managed by Ekiti State Anglican Communion is said to be one of such hospitals in Ado Ekiti, popularly known as Ile Abiye, where congressman was born over four decades ago. According to Hon Daramola, the Anglican Communion has good history of managing such facility to the glory of God and to the use of mankind; even as he said he is a living proof.

Apart from this newly built hospital, youths from his constituency have repeatedly benefited from various empowerment programmes, whereby hundreds of millions of naira are painstakingly and dispassionately spent.

To his credit, scholarships, accessible and portable water, free health services to the less privileged and other vulnerable groups were consistently offered. He also extended financial aids to people to start businesses and encouragement of rural electrification through provision of hi-tech transformers and other contemporary incentives; he also bought luxury buses for the members of his community to mention but a few. Those who said Hon Bimbo Daramola is the best man to represent them for another term in National Assembly are simply on point.