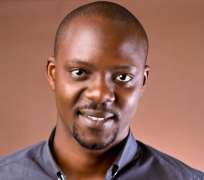 Entertainment and property lawyer, Akinyemi Ayinoluwa, has described the now controversial MTV Base 20 Nigerian songs of all times as reckless journalism, disservice to Nigerians and an attempt to scar Nigeria's music history.

The barrister said MTV Base Africa should have taken the pain in going the extra mile to research and ascertain facts.

"‎Reckless journalism, such as the controversial MTV Base broadcast, has the potential to scar history" he said.

‎He further added: "The skewed facts presented to this generation of music lovers by the globally syndicated TV outfit is a disservice to the memory and legacy of pioneers of the now globally acclaimed Nigerian music".

He said the list as captioned by the station, the south African, Lesotho, Ghanaian, Moroccan, even Nigerian music enthusiast who enjoy Nigerian music would have his knowledge of music history tainted for ever.

Akinyemi who also curates a music business blog named citrusmusiclive.com said MTV Base lost a chance in properly curating a seminal work in music history and such action is typical of our aversion to history.

"We rarely pay attention to the cycle of events that shaped our national life" the lagos based lawyer stressed.

‎Speaking further, Akinyemi said "I am aware there has been efforts to backtrack after their failed outing. Definitely this presents a chance to right the wrongs done. MTV Base can do better with its programming by having more educational contents on music history. A good place to start will be producing documentaries on Nigeria's music history and her icons".

He said ‎the current generation of Nigerian youths and music lovers would be forever indebted to MTV Base as " such content is priceless" the barrister who tweets via ‎@Akinyemilaw said.