EXCLUSIVE: Five reasons why Gov Chime settled for Ifeanyi Ugwuanyi to succeed him 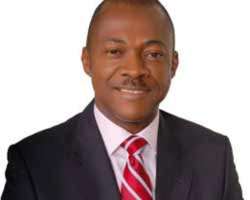 As a follow up to the breaking news exclusively reported by THE CITIZEN in the wake of endorsement of Hon. Ifeanyi Ugwuanyi,  a Federal House of Representatives member, representing Nsukka/Udenu Federal  consistency by   the Enugu State Governor, Sullivan Chime to succeed him in 2015, five reasons that  prompted the decision have emerged. 1. Acceptability The general principle for any elective position is that the candidate must be sellable. You cannot win a seriously contested position suchas the Governor in the new dispensation of voter awareness with someone that needs serious effort to convince the electorates to support. Therefore, to win the heart of voters, your candidate must be widely accepted. It is a cardinal rule. It makes elections of such a walk over. On this note, Hon. Ifeanyi  Ugwuanyi, known as “Gburugburu” is ver popular and wields enormous goodwill in the state and beyond. 2. Capacity to deliver It is not enough to be widely known.  You must also be known to have the capacity to deliver the dividends of democracy in line with the yearnings of your people and within the limits of your resources. Ugwuanyi has through his sterling performance at the Federal House of Representatives demonstrated that he would do more if given higher responsibilities.  In the last few years, he has acquitted himself creditably as Chairman,  House Committee on Maritime. 3. Broad minded The office of the governor is not a sectional seat. It’s the governor of a state, therefore, its occupant must be one that is neither parochial nor narrow-minded but one that has listening skills. One who takes wellbeing of every citizen, especially of his state as his responsibility. Ugwuanyi is not lacking in this criterion. 4. Assertiveness As the leader in the state, it demands that you should be assertive. That is one sure way you can deliver on those things that you are convinced with every sense of responsibility that they are for the good of the greater proportion of the people. You should have the ability to know when to act and ensure that your assignments are implemented to the letter. Ugwuanyi is in the league. 5. Humility A public servant of that status should be humble. This  is a condition that is not negotiable. It is only through the grace of humility that a leader knows when and how to show empathy. Ugwuanyi doesn’t discriminate between the rich and poor and is always ready to assist people. He easily mixes up with people. His personal relationship is unbeatable. Some of the aspirants lack this trait, as  the simple privilege of facilitating the emergence of local government chairmen (as core stakeholders) in their locations has turned them into demi-gods. They operate the local governments as their automated teller machines (ATM); reason why they should not be trusted with the state’s treasury. Ugwuanyi never showed interest in who emerged the chairman of his Udenu LG, or peeping into the affairs of the local government.