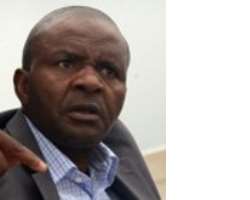 The Taraba state House of Assembly has constituted a five-man committee to investigate the true health status of the state's ailing governor, Danbaba Suntai. The committee is to determine whether the governor is incapacitated or fit to govern.

The committee, to be headed by Prof. Bala Shehu, has the personal physician to Governor Suntai, Dr. Ahmad Kara, Prof. Peter Alabi, Dr. Shehu Sule and Dr. Yunusa Samaila as members. A statement by the speaker of the state Assembly, Josiah Sabo Kente, said the composition of the committee was in compliance with a directive by the state executive council. Section 189 of the Constitution requires the Speaker to name a medical panel comprising five medical practitioners in Nigeria, one of whom shall be the personal physician of the holder of the office. Members of the committee are expected to have attained a high degree of eminence in the field of medicine relative to the nature of the examination to be conducted.

The speaker said members of the committee would be inaugurated in due course. He asked the people of the state to remain calm and resolute over the political crisis rocking the state. The constitution of the committee signals a determined move by the Assembly to remove Mr. Suntai, who had been ill since 2012 when he survived a plane crash. Section 189 (Subsection 1) of the Nigerian Constitution provides that “The Governor or Deputy Governor of a state shall cease to hold office if (a) by a resolution passed by two-thirds majority of all members of the executive council of the state, it is declared that the Governor or Deputy Governor is incapable of discharging the functions of the office, and (ii) The declaration in paragraph (a) of the subsection is verified after such medical examination as may be necessary by a medical panel established under subsection 4 of this section in its report to the Speaker of the House of Assembly. (2) “Where the medical panel certifies in its report that in its opinion the Governor or Deputy Governor is suffering from such infirmity of body or mind that has renders him permanently incapable of discharging the functions of his office, a notice thereof signed by the Speaker of the House of Assembly shall be published in the Official Gazette of the Government of the State. (3) “The Governor or Deputy Governor shall cease to hold office as from the date of publication of the notice of the medical report pursuant to subsection (2) of this section.” Mr. Suntai's problem started on October 25, 2012, when a plane he piloted crashed in Yola

National Hospital, Abuja, on October 26, 2012, and later flown to Germany and U.S. for treatment. He later returned to the country on August 23, 2013 after 10 months of medical treatment overseas following claims by his supporters that he was fit to govern. But after weeks of political crisis in the state based on claims and counterclaims over his health status, it was revealed that the governor was not healthy enough to live in Nigeria without adequate treatment, or to govern a state. He was subsequently flown abroad again for treatment, with his deputy and current acting governor, Garba Umar, continuing in acting capacity.

He was brought back to the country last Saturday and made to address select journalists at a guest house belonging to a retired General Theophilus Danjuma in Asokoro, Abuja. In what appears a repeat of the drama orchestrated last year by supporters of the governor, when they claimed he was ready to govern the state, his loyalists again told journalists that Mr. Suntai was in good health and could now take over the responsibility of governing the state. “Taraba State will heave a sigh of relief following the coming of the governor,” the Minister of State for Niger Delta Affairs, Darius Ishaku, said on his return. “I am excited, he just addressed us and expressed his joy to be back home; l will like to add that his health is a miracle.” Also, a former Governor of the state, Jolly Nyame, said that Mr. Suntai's mental alertness indicated that he was capable of taking over the affairs of the state.