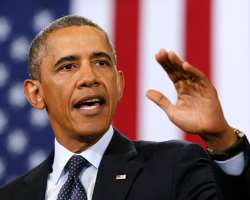 U.S. President Barack Obama has just announced that 3000 U.S. troops would be sent to Liberia to curtail the Ebola Epidemic by setting up health centres, training health workers and helping with logistics

I wonder if Barack Obama has read Kolera Kolej by the Nigerian Writer , Professor Femi Osofisan.Strange nobody is talking about Kolera Kolej.

In Kolera Kolej we read about a Cholera epidemic on the campus of an African University.

The combatants in government then in charge of this university reasoned that soldiers are not trained to combat epidemics and so Kolera College was granted the status of a Nation state.And there the politics of the African continent began to unfold.