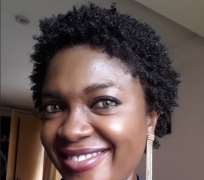 According to reports published by Premium Times, spokesperson of the National Emergency management Agency, NEMA, Ibrahim Familoye, revealed that they were prevented from rescuing more victims of the collapsed Synagogue of Nations Church's Guest House, which collapsed Friday afternoon.

Ibrahim Familoye, who had earlier indicated that about three persons died and 20 others injured, said the agency could not rescue more victims because the church chased its officials away.

According to him, the church members attacked them and responders were not allowed to speak as they ran away from disclosing anything to the press.

“First responders ran away for their own safety. I don't know what they're hiding, they said they are capable of handling the situation but they doing a shoddy job of it. People are still trapped in the rubble.

The building, which was initially a two-storey complex, was being refurbished with three additional floors already added to it when it collapsed.

“If we were allowed to work we would have worked all night but the safety of the emergency responders comes first. If they can attack us in the day, there is no knowing what they would do at night,” he said.