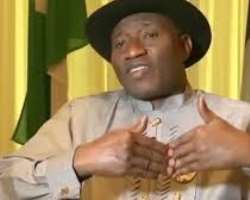 Arewa Consultative Forum (ACF) has cautioned the supporters of President Goodluck Jonathan against the planned rally to drum up support for his presidential bid.

Transformation Ambassadors of Nigeria, a group that has been drumming support for the president's 2015 Presidential ambition, has scheduled rallies in the six geopolitical zones of the country.

But the Northern elders on the platform of ACF warns that such campaign may plunge the nation into further confusion amidst her security challenges.

ACF said in a statement,“in the past two weeks or so, there have been series of advertisements in both electronic and print media on a planned political rally in the six geopolitical zones of Nigeria by an association known as Transformation Ambassadors of Nigeria (TAN) to garner support for Mr President Goodluck Jonathan against 2015 elections”.

In the statement signed by the Forum's National Publicity Secretary, Alhaji Mohammad Ibrahim, the leaders noted that “the present mood of the nation in the face of insecurity challenges of daily attacks on innocent souls by Boko Haram insurgents in the North, ritual killings in the West, kidnappings of prominent persons in the South-South and armed robbery in the East and the sudden entry of Ebola virus into the country through one Mr. Sawyer calls for sober reflection, prayers and support to confront the challenges rather than the solidarity rally being planned by TAN”.