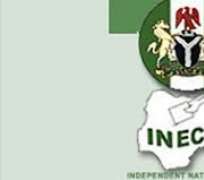 The Independent National Electoral Commission (INEC) has extended the Continuous Voter Registration (CVR) taking place in 10 states by two days. This extension is in view of the huge turnout of prospective registrants, and it is intended to give a fair chance to all eligible persons.

n
INEC calls on eligible persons in the states involved in the exercise that are yet to register as voters to use the opportunity of this extension to do so.

n
The Commission hereby reiterates, however, that the CVR is for only the following categories of people:

(ii)          Persons who were 18 years at the time but did not present themselves for registration; and

(iii)         Persons whose data were not adequately captured previously and for whom PVCs were not produced in the last distribution exercise.

For avoidance of doubt, the exercise is not for everyone, including people wishing to transfer their registration data from where they previously registered. It will amount to double/multiple registration, which is an offence punishable under Nigerian law, for anyone who was duly registered previously to present himself/herself for registration during the CVR.