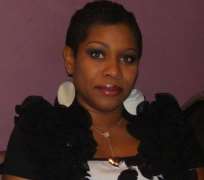 Regina Askia-Williams, who recently returned to Nigeria, but left shortly after, wrote on her official Facebook page an article on a woman's identity. It is an article the actress put down to analyze the ordeals women face in this generation. Read below;

I just read a social media fight between two people I know and I chuckle to myself because my friend was blowing some hot words there – she was really vexed.

Reading through the literary missiles, a few questions came to mind. Why is it that, generally when Nigerians fight their profanity centers around a woman's marital status, her age and to top off the insults, her private parts? Are these the yardsticks that we measure our women by? The marital status thing.

Does it mean when a woman is not married she has no identity, she is less of a person or what? For a Nigerian woman to get any type of respect there has to be a man in the picture in what ever capacity? So it does not matter if you are wife number 6 at least you are wife?

There is a vulgar saying that goes” Toto wey nobody get, na everybody get am”. For real? That pretty much means that a woman unattached is nothing but a mobile body part that anyone can do anything to or with…..chaaiii!! And so begins the race where mothers groom and condition their daughters to believe that their ultimate duty on Gods earth is to “find a man and born for am”.

I have often listened to educated folks down so much on women with comments like “They should have no say, after all they are going to get married off”, Women think with their butts not their heads and my respect meter for them swings all the way dooownnn!! When we have more respect for our women we will begin to do better as a society.

If you want to know the quality of men in any society look at how the women of that society are being treated. Of course its not all Nigerians but there's too many with this notion and something must be said.

The age factor. – Another sexist point of view. With notion of the one goal she must accomplish , the female now believes young and juicy is preference especially if you are at the other side of the biological clock and still have not found a man.

So some of my soul sisters have designed a calibration where at 30. birthdays are celebrated every 3 years and at 40 every 4 years. Meaning if you are 30 you will turn 31 after 3 years ……so instead of kicking the other side of 40s with me my friends are mostly still 38.

Where we could have fabulous and very accomplished women, celebrating milestones , sharing wisdom of lessons learned over the years, we have we see strong women dumbing down, hiding behind numbers, and an arsenal of paraphernalia that will ensure they don't get old.

Look at any photographs of big chicks at any event, we all look bothered. Why? Shoes are biting, wigs are squeezing, body magic trying to snuff out the last breath.