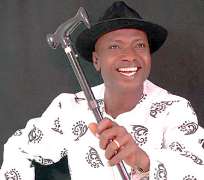 Niger Delta gospel artiste, Evangelist Solomon Ogagaoghene Urete, has called on artistes to be focused and should not give excuse for their failure, but should rather try to be real in whatever they are doing.

The artiste stated that though, one of the major challenges they as artiste encounter is financial challenges, but that should not be a yard stick for failure as the saying goes 'Failure is an orphan.'

Urete added that the only way to survive in the entertainment industry is to have a good vision which will help set agenda for you to know how to align your priorities and definitely make it.

The artiste recently came out with Jehovah Overdo Part 2 which happens to be his 13th album, and is currently working towards making the video. He noted that Jehovah Overdo has to do with the exceeding favour and grace of God.