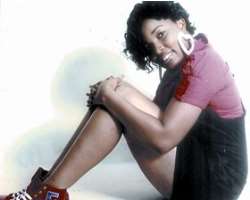 Eloghene Obokia popularly known as Elo is an actress who has been in the motion picture industry for quite some time. She veered into acting out of the love and passion she has for the profession and in

her three years in the industry, she has featured in about twenty movies. In this interview with FUNMI SALOME JOHNSON, she spoke about her career, her love life and the issue of kidnapping. Excerpts:

Let's get to know how you came into acting. How did it start?
Acting is one thing I love; I have a passion for it. I first registered as a member of the Actors Guild of Nigeria and after which I started going for auditions; that was in 2006. Later, I started getting some minor roles. In 2007, God favoured me and I started acting well. At a time, because of the programme I was running in school, I could not concentrate on my acting career because it was either I combining schooling with acting. Usually I ran from school to the stage and vice versa. There was not much time for me to really do it as at then. But now I am back and I am ready for acting.

Which school was that and what did you study?
I attended Delta State University, Abraka, and I read Business Administration.

What's the relationship between Business Administration and acting?
Business has nothing to do with acting, it is just that I have love for acting and business is business when it comes to my course of study.

Do you plan to go back to your course of study after some time?
I don't think so because now I am enjoying acting.

Is it paying off?
(Laughs), yes it is paying off, we thank God.

For how long have you been acting?
I have been acting for about three years.

In those three years, how many movies do you have to your credit?
I have at least twenty movies to my credit.

Which was your very first?
My very first was 'Coincidence' which was shot in November 2006.

Was role did you play in it? A waka pass?
No it was not a waka pass. I had about three scenes and I actually played the role of a married woman married to a man who just returned from overseas and his ex-girlfriend, Oge Okoye, came back and wanted him back and we had a fight about the guy and my character lost the marriage because my character could not have a baby.

Which particular movie launched you into stardom?
I noticed it was Tears of a Prince which I did with Desmond Eliot, Ngozi Ezeonu, Neulla Njubigbo and some other artistes.

What was the experience like the first day you acted along side actors and actresses that you might have perhaps admired in the past?
It was not easy at all. As a matter of fact, at a point I felt intimidated. The fright was there; I was like... How will I face the camera? How will I just open my mouth and start taking my lines when everybody is watching? It was not easy at all.

So, how did you overcome the fright?
I had to talk to myself that what is worth doing at all is worth doing well. If I allowed the fright to take over my me, I would not have been able to deliver my lines, so I just had to come out of my shell. I prayed to God to give me the strength to do it and that was it.

Have you been playing romantic roles?
Yes, I have.

How many have you done so far?
I cannot say per se but I have done quite a few.

When you are on set playing those romantic roles, what runs through your mind? Don't you feel something?
Seriously, nothing goes through my mind because I believe it is acting. I am not the one doing it, I am only playing someone's role, I am putting myself in the person's shoes. It is the character playing the role and not me and that is why it is called make-believe. Besides, sex is a thing of the mind and since my mind is not on it, I don't feel anything

Since you play romantic roles that well without feeling a thing, then what about nude roles, would you play nude for a million dollars?
I cannot do it.

But it is just acting too?
Yes it is but I cannot do it because the society that I am from does not permit such. Besides my family will not accept such a thing. I don't have any reason to do it.

But the money is tempting?
The money is not a reason for me to do it.

Can you marry a man in the same acting profession as you are?
I cannot marry a fellow artiste or anyone in the same industry with me. I cannot at all.

I can be very jealous and I cannot expect my husband to leave me for months in the name of shooting a film while I will be alone, may be when I am not working. I am a very jealous and emotional person. I will always want my man to be around me and be there for me.

And you intend to continue this acting profession while you get married?
Yes now, it is my job now.

Does that not sound selfish? You want him around always but you are not ready to always be there for him?
It is not, but it is my job now.

What if the man says okay, you have to choose between your career as an actress and him and your home. What will be your choice?
I will make him understand.

And if he refuses to understand?
I love my husband, then I will quit.

What if you are married today and your husband decides to take another wife. What would you do?
It will not happen, please. I cannot imagine it because I cannot stand it. By God's grace it will not happen because I want to be the first and the last.

Doesn't the issue of abduction of artistes that seems to be a growing trend scare you?
It does. I am really scared because it is not a thing I will like to experience at all. Each time I hear such stories, it scares me. I am just praying to God that God should provide for those kidnappers, a better job so that they can forget about kidnapping innocent people.

You think they can ever get contented?
They will, of they have a good job and they are well paid, they will.

What are your hobbies?
I love driving, I love cooking and acting.

How long have you driven before at a stretch?
The longest time span I have driven is five hours.

Do you have role model?
Yes, I love Olu Jacob; he is such a wonderful actor and I will love to be like him. I also love Rita Dominic; I love her very much, for her act and her comportment.

You seem to be a very colourful person. What colours are your favourites?
I love flashy colours like red, pink, lemon and any colour that is flashy.

What about your under wears, are you also flashy with that too?
Yes, I am also colorful with my under wears too.

What turns you on as a woman?
Honesty.

Who is that special guy in your life at the moment?
That is a private issue. You don't need to know that.

Who is your kind of man?
My kind of man is that understanding type that is caring, brilliant and one with a good dress sense and one that is very cute.

Between a romantic and a caring guy, which would you prefer?
I want my man to be caring and at the same time romantic.