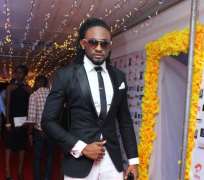 His name is Uti Nwachukwu; some call him 'Ugo Na Chonmma', others refer to him as 'Omoge to rewa' or the Hausa title 'Kyakywar yarinya (gorgeous damsel).

The story of Uti will not only set the pace for blockbuster chart, but it is capable of re-orientating most struggling young lads out there. He is an ex-Big Brother winner and in the past, there had been speculations about his sexuality. But that has in no way stopped the viciously ambitious young man from forging ahead.

It is believed that most housemates and winners of the reality show fade after their rise to spontaneous stardom, but for Uti, that is not the case as he has come in full blast into the world of entertainment.

Also in the area of style and fashion, his profile has witnessed the most astronomical rise, as to him, 'your cloth can transmit a certain kind of frequency.'

In his words, “attitude defines who you are! Where and are and where you are most likely to end up. It shines forth through your expressions and most definitely, your speech! One thing I thank God for is my family and my faith. Without these, I would have ZERO attitudes.

“Even your clothes can transmit a certain kind of frequency! That's why to me, styling is important! I work with the best while doing the best at JARA! In a nutshell, I went gaga for this! Would you say my attitude is expressed in this outfit? What would be yours?”