In Oriki, relentless documentarian digs into root of a dying heritage 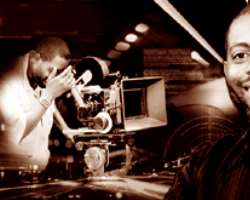 As the tape rolls over, prolific chanter, Suleman Ayilara, popularly called Ajobiewe, zooms into view with his gripping voice. The artist that has navigated the length and breath of Yoruba theatre and film industry relishes opening his performances with homage chants and invocation on his Ila Orangun, Osun State root. In Oriki, however, he begins by singing the oriki of the Elese lineage.

By the choice of the artist who released an album titled Oriki Yoruba about two years ago, the producer and director, Femi Odugbemi, is able to capture the viewers' attention while also registering the import of the documentary. And while the didactic essence of the documentary is sustained throughout its about 25-minute duration, it is such dramatic interjection that keeps the viewer waiting for more even at the end of it.

As compact as it is, for instance, celebrated Yoruba actors such as Lere Paimo, Kola Oyewo and Peter Fatomilola, are made to play different roles to buttress the exposition that Odugbemi's resource persons offer on oriki, the Yoruba praise poetry, in the film. Among the most memorable scenes here is the one in which Paimo, otherwise called Eda Onileola, dances grandly to portray the overall concern of the researcher in the film - the desire to save African culture from unbridled westernisation.

The work is predicated on the fact that among the Yoruba and a lot of other cultures across Africa, a name is more than a means of differentiating one person from another. It is a serious and time-honoured means of giving a newborn child an identity. Amongst Yoruba families, a name communicates the rich, colourful and vibrant heritage and history of families. It also informs their hopes and aspirations for the newborn. Oriki is the oral Yoruba poetry chanted in salute of history and heritage often reaching back hundreds of years.

Globalisation trends have led to the blurring of borderlines, geographically and culturally. ”Indigenous cultures are dissolving, clearing the way for one unified global phenomenon. Increasing urban shifts and a strong emphasis on global compliance have left important aspects of cultural identities under attack. And as more people adopt western ways of thinking and understanding, the threat of extinction becomes more glaring, more imminent, more inevitable,” the producer asserts in an introduction to the documentary.

As Odugbemi's resource persons, which include writer and actor, Adebayo Faleti, culture scholar and promoter at the University of Ibadan, Prof. Adetoun Ogundeji, and a legal practitioner, Mr. Dele Farotimi, note in the documentary, Oriki has serves multiple purposes among the Yoruba. Apart from being a piece of poetry that excites and inspires the hearer, it harbours cultural and historical information about the person or community being celebrated. They identify four major types of Oriki - the one for individuals, one for prominent people like kings, one for a particular lineage and one for communities or towns.

According to Ogundeji, the Oriki usually reflects the circumstance of one's birth. It reflects the heroic deeds of one's forebears, just as it may indicate their weaknesses as well.

”Ïn Yorubaland, you don't just give names to children,” Ogundeji says. “The elders would, in those days, consult the heritage as represented by Ifa. And in the case of oriki orile, it reflects connection between various families of the same lineage but who live in different towns.”

Although Odugbemi secures another commentator who expresses grave concerns over fetish tendencies he locates in some elements of oriki, his sources are generally passionate about the orature. In the case of Farotimi, he recalls how he gives his children names that relate to his family chain, as exemplified by his naming a daughter of his Igbayilola, an invocation of his mother's name.

He notes, “When people say our names are demonic, I remind them that the English names many of them give their children have meanings they don't seem to know. 'Diana', is, for instance, actually the name of a goddess.”

They all fear that westernisation is fast eroding the Oriki phenomenon, but Odugbemi cites a little hope in the fact that some modern musicians have begun to experiment with the praise forms in their works.

On the making of the documentary, he explains that his choice of the resource persons is based on those who not only have a deep knowledge of it, but also feel strongly that it should not die. “One thing about a documentary is that it must be based on facts. That is why your research must double-check facts because the preponderance of opinions must be in favour of the stated facts.”

Odugbemi's exploits as a documentary film producer has been recognised in many places. Another recent work titled Bariga Boys is on the nomination list of the African Movie Academy Awards for 2010. In terms of what motivates him to work in this area, he says the need to spread information and preserve heritage is paramount. As a result, he adds, he often gives the documentary films to television houses to air. Ït is more of a labour of love than anything,” Odugbemi says