Chibok: The Achilles Heel And Waterloo Of Boko Haram 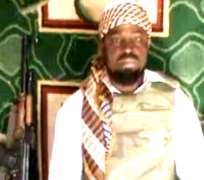 The month of May witnessed the first time in a long-time, that the world universally condemned atrocities in Nigeria and backed it up with actions. The last time there was a global outcry about the goings in Nigeria was 10 November 1995 when former Military dictator General Sani Abacha executed the Ogoni Nine, which included renowned activist Ken Saro Wiwa.

The international community, usually led by the world police called United States of America, have lately been reluctant to get involved in problems in other countries, especially after the Arab spring and given the current situation in Syria and Russia/Ukraine. However, there is a wise saying that all that is required for evil to prosper is for good men to do nothing.

Americans have been involved in Vietnam, Iraq, Afghanistan and the infamous 'black hawk down.' The average American has become Leary of policing the affairs of other nations, no matter how heinous the situation. Even with the new 'cold feet' of America and the world super powers, a resounding message was sent that the abduction of the Chibok girls will not be tolerated. France, UK and China have all agreed to assist in one way or the other to uproot the 'Boko Haram terrorist group. Besides financial assistance, manpower in the form of military experts and surveillance planes have been deployed to Nigerian airspace to fight the insurgents and secure the release of the Chibok girls. What is interesting is that there have been speculations that the girls are being used as pawns and human shields. How do you rescue over 223 girls, with some dressed in hijab?

Historians will recall the event of June 27, 1976, when approximately 228 passengers, boarded Air France flight 139 from Ben Gurion Airport to Charles DE Gaulle, with a stopover in Greece. After take-off from Athens, the plane was hijacked by Palestinian terrorist members of the Popular Front for the Liberation of Palestine and the German Revolutionary Cells.

The terrorists landed the plane in Ugandan main airport in Entebbe, where they were happily received by Ugandan Head of State Idi Amin. The terrorists were only interested in the 105 Jewish and Israeli passengers and released the others. The ensuing incidence, which was later made into movies, saw the dramatic raid on the airport terminal in Entebbe that resulted in the release of the hostages, with minimal casualties on July 4, 1976.

The raid was by the elite Sayeret Matkel commando unit of the Israel Defense Forces (IDF), who gathered the requisite intelligence provided by the Israeli intelligence agency Mossad before executing the rescue operation. It was a clandestine operation shrouded with secrecy and that is what we expect from the Nigerian military, not a publicized or politicized media campaign.

So, the recent outcry over the cancellation of President Jonathan's visit to Chibok is unwarranted. In fact, the visit should never have been planned and definitely should have been kept a secret. The main concern as emphasised by the President is locating and securing the release of the girls. Yes, a Presidential visit may have some positive emotional effect on the parents of the girls, but the logistics will be a distraction from the current mission of rescuing the girls.

At the meeting last weekend in Paris, France, African leaders declared war on Boko Haram, especially now that it has been confirmed that African Al Qaeda is now affiliated with Boko Haram. The terrorist group has cells in Cameroon, Niger and probably Chad. Any West African leader that thinks it is a Nigerian problem, is disillusioned.

The hypocrisy of some northern leaders has come to fore. Those who wanted to make the country ungovernable now have no choice but to come out and condemn Boko Haram. Those who talked about the blood of dogs and baboons flowing in 2015 have indirectly assured that President Jonathan will run for a second term and that his victory in 2015 is a fait accompli. Additionally, the doomsday prophets of the breakup of Nigeria are now the ones fighting and providing the resources to ensure that Nigeria stays as one.

As US President Obama's approval rating soared with the elimination of Osama Bin Laden, so will President Jonathan's approval continue to rise with each defeat of Boko Haram, especially since it has been ingrained in our collective psyche that security is everyone's business. No longer can the opposition see every killing by Boko Haram as a political shortcoming of the President. Any fool knows that Boko Haram will not be succeeding without the aid of some highly placed political supporters, who are upset that their perceived 'political birthright' has been taking away because someone from a minority is occupying the Presidential villa in Aso Rock.

As the world comes together to fight a common enemy, we know that Boko Haram's days are numbered. Sambisa forest or any other forest will not provide a hiding place for these wicked criminals.

Just last week, vigilante groups and ordinary citizens have started rising up and attacking known members of Boko Haram. While we do not recommend jungle justice or self-help because of the sophisticated weaponry of some Boko Haram members, these actions show that the tables have turned.

Achilles heel represent a point of weakness in the midst of supposed strength. Boko Haram believes that they have strength which is an illusion in the midst of known weakness. Achilles is a story from Greek mythology, about a child whose mother (Thetis) took him to the River Styx for powers of invulnerability in an attempt to prevent his prophesied early death. Unfortunately, his heel was not dipped in the water because his mother held him by the heel.

You can guess the conclusion of the story. Achilles was eventually killed by a poisonous arrow shot at his heel. Waterloo is another idiomatic expression that means a point of defeat. The phrase was coined in reference to the 1815 battle outside the Belgian town of Waterloo where Napoleon Bonaparte was finally defeated by forces commanded by the Duke of Wellington. It is also mentioned 80 years later in the Return of Sherlock Holmes.

Sorry Boko Haram that is against western education may not know these references, but they are about to found out their application in Nigeria.

Boko Haram is about to meet its waterloo as Chibok is its Achilles Heel.

Rev. A.O.A. Akpodiete Is A Political Commentator And Writes From Asaba, Delta State. Contact Him On 08138391661 Or [email protected]