Confusion in Owerri over alleged escape of lion from zoo 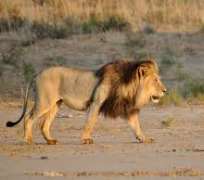 There was pandemonium in Owerri for the greater part of Tuesday morning, when news of the alleged escape of a hungry lion from the Nekede Zoo spread like wild fire.

While most residents of community quickly closed shop and ran into the safety of their homes, some parents were seen racing to schools to pick their children.

Vanguard recalls that not long ago, the State House of Assembly set up an ad-hoc committee to investigate an allegation that a lion in the same zoo was said to have killed and consumed its kind.

It was not clear a press time if the House Committee had finished their investigation and given a report on their findings about the story before the current alarm rented the air.

When contacted on his mobile line, the Police Public Relations Officer, PPRO, Mr. Andrew Enwerem, confirmed that the Police Command got wind of the alarm and quickly reacted appropriately.

“The Command received this distress call and quickly reacted appropriately by putting the citizens on notice. However, after proper investigation, it was discovered that it was a false alarm”, Enwerem said.

Continuing, the PPRO said that the alarmist was arrested and was telling the police why he decided to create the confusion and anxiety among the people.

“The alarmist has been arrested by the police. He is cooling his heels in our custody. He must tell us why he decided to raise the false alarm that created anxiety and confusion among the people”, the PPRO said.

He appealed to Imo people to go about their normal business and discountenance the false alarm, “especially as there was no need for the alarm in the first place”.