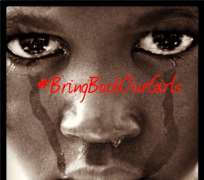 If you haven't heard about '#BringBackOurGirls' that has taken centre stage in the local and international media over the past 3 weeks, you must have been holidaying in space. Welcome back to Planet Earth!

#BringBackOurGirls is an advocacy campaign that began on social media following the abduction of over 200 schoolgirls in Chibok, a community in Borno State, northeastern Nigeria, on the night of April 14, 2014. The terrorist group, Boko Haram, has since claimed responsibility for the abduction.

As a PR practitioner and social advocate, I have followed the events closely and critically examined the response of the Nigerian government to the crisis, and I have taken several learning points on crisis communication that I'd love to share with you.

Just so we are on the same page, Coombs' definition of crisis as 'a sudden and unexpected event that threatens to disrupt an organisation's operations and poses both a financial and reputational threat' is a good place to start.

Today, it's the Nigerian Government in the storm centre, but tomorrow it could be your company, brand or even your personal reputation at stake.

#LESSON 1: NEVER IGNORE A CRISIS ALARM, NO MATTER HOW SMALL IT MIGHT SEEM

When the news of the abduction of the girls first broke, the Nigerian government, for reasons best known to it (and I am not questioning those reasons), opted to ignore it, dismissing it as yet another false alarm. Otherwise, how else do we explain the Nigerian President dancing away at a political rally barely 48 hours later? I'm sure President Jonathan realized how costly this mistake was for his reputation and government, hence the sacking of his political adviser days after? In my personal opinion, his media advisers should have been first to get the boot. Except, of course, they advised him appropriately not to attend the rally, and he ignored?

In reality not all news (claims) is worth a response, but we must monitor EVERY news mention about our company or personal brand, and verify the authenticity before determining a course of action (If you do not have the capacity for this in-house, you should employ the services of a media monitoring agency). Some negative news (whether they are true or false, and no matter how insignificant they seem) can develop into a major crisis and cause huge reputational damage to your brand, if not well managed.

#LESSON 2: IT IS ALWAYS BETTER TO TELL THE TRUTH AND ASSUME RESPONSIBILITY

For days after the abduction, government spokespersons were not open and truthful about the real situation of the girls as their 'body language' (the unsaid word) suggested that the abduction story was a myth. And when they did speak, they gave the impression that the situation was under control. The government's official confirmation of the abduction, and it's acknowledgement of the enormity of the situation came only after the #BringBackOurGirls campaign had become a matter of international concern. The Presidential Media Chat, the response by the wives of the President and the Borno State Governor, and the paid public announcement by the State Security Service (SSS) urging Nigerian citizens to help with useful information, while appropriate, should have come much earlier.

In a crisis situation, it is very important to note that without accurate and timely communication (internal and external), using the best possible channels to reach each stakeholder group, operational response will break down! Stakeholders will not know the true situation of things and quickly get confused, angry and negatively reactive. The organisation will be perceived as inept or criminally negligent, and the length of time required to fully resolve the issue will be needlessly extended, often dramatically.

#LESSON 3: WHILE CONSIDERING THE LEGAL IMPLICATIONS OF YOUR ACTIONS YOU MUST ALSO THINK OF THE CONSEQUENCES OF YOUR INACTION IN THE COURT OF PUBLIC OPINION

This should actually form a part of #Lesson 2 but I thought I should make it a separate talking point to emphasise a comment that President Jonathan made during his media chat which, coincidentally, is a dilemma that many companies face in crisis situations.

'If Mr. A has weapons in his house, we can't enter that house until we get a search warrant. you cannot force yourself in, you will be sued!', the President said, justifying the declaration of a 'state of emergency' in the northeastern states of Adamawa, Borno and Yobe. His remark hints at some legal challenges in the fight against terrorism by the security operatives and, is perhaps, the reason many perceive that he has been slow to act, given his powers as the Commander-in-Chief of the Nigerian Armed Forces. The legal ramifications of his action seem to have been given much more attention than the implications of his 'inaction' in the media.

During a crisis, a conflict can arise between the recommendations of the organisation's legal counsel and those of the public relations counsel on the preferred course of action. While it may be legally prudent not to say anything, this kind of reaction can land the organisation in public relations "hot water" that is potentially as damaging, if not more damaging, than any legal consideration. A carefully articulated response (with input from legal) is always best!

#LESSON 4: ALWAYS BE PREPARED!
Ok, never mind the number, this is actually the first and most valuable lesson of all. I cannot stress it enough, 'every organisation is vulnerable to crisis', and being prepared for it is the best way to minimize damage, should a crisis occur. Trust me, it's better to spend your time and resources to do the work required now than when under the pressure of an actual crisis.

Identify Your Crisis Communications Team (CCT) - Preparation begins with anticipating potential crisis scenarios for your organisation or personal brand. For companies, identify your CCT, which usually is made up of a small number of senior executives including the CEO, PR/communications specialist, legal counsel and operational heads. Hold brainstorm sessions to identify potential problem areas (some experts call this a vulnerability audit). This way, you can begin to think about appropriate responses in best-case/worst-case scenarios. Interestingly too, you could find that you can prevent some crisis simply by modifying your current operational model.

Develop a Crisis Communications Plan - The plan should detail all the steps your organisation would take, operations-wise and communications-wise, in the event of a crisis, as well as responsibilities and timelines. As I stressed earlier, it's vital that the CCT responds promptly in a crisis situation because the slower the response, the greater the damage. Again, if you do not have the expertise to prepare the plan, hire the services of a consultant.

Identify Stakeholders & Communications Channels - Your stakeholders are those directly or indirectly affected by your firm's activities and whose actions or inaction can impact on your business as well. They are usually categorised into different groups (for example, employees, customers, partners, suppliers, investors, local community, environmental rights groups, consumer protection groups, labour groups, regulatory agencies, government, the media and the general public. Of course you also need to identify the most effective channel to reach each group (print, electronic and digital media, including your company website and internal communication channels). You must pay close attention to social media due to its "virality". Consider getting an online reputation management agency involved.

Draft Holding Statements - These are short, carefully worded messages that you could quickly put up on your company website and send to all your stakeholders moments after a crisis occurs. It's particularly important to have them prepared and ready to go in order to minimize rumours and false accounts of the event, especially in this new media era. As events unfold and the picture becomes clearer, you will have modify your messages and provide more accurate, specific and detailed information and updates to stakeholders, as frequently as possible. Toll-free contact numbers should be made available and publicised for the media and families of victims (in the case of fatalities).

Train Spokespersons - This is a critical part of your organisation's crisis preparedness. Once the spokespersons have been identified (in most cases the communications specialist and/or the CEO) they should be media-trained for a crisis situation when not just what you say but also how you say it matters. Facial expression, tone of voice, body language, every little thing counts! I have to emphasise that PR experts need the media training as much as the CEO or any other designated spokesperson does, even if speak to the press on a regular basis. There are a number of agencies who provide this service. Remember also that while only designated spokespersons must speak at public-facing events, your employees and partners, who are an 'un-official mouthpiece' for the organisation, must be kept abreast of the CCT's efforts, so they know what to say to their families and friends, and on their personal social media accounts.

In conclusion, while no organisation would wish to experience a potentially damaging crisis, it is an opportunity to showcase an organisation's character, its commitment to its institutional values and its brand promise.