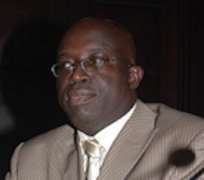 The Director-General, Lagos State Records and Archives Bureau (LASRAB), Mr. Rafiu Bolaji Uthman is dead. He died on Friday at the age of 56 after suffering complications arising from eye surgery.

Uthman was said to have gone to India for corrective eye surgery, which was successfully carried out, but did not wait for the proper healing of the eye before embarking on his journey back to Nigeria.

PM NEWS authoritatively gathered that Uthman left India to meet up with his daughter's wedding, but was said to have developed complications on the plane.

He was rushed to the Lagos State University Teaching Hospital, LASUTH, for urgent medical attention, but died Friday as a result of the complications.

Uthman died before he could realize his ambition of becoming a PhD holder, which he started at the Lagos State University, LASU, in Lagos Urban History.

He was buried at his Lowa Estate Residence in Ikorodu area of Lagos, Southwest Nigeria, while the government of Lagos State has been thrown into mourning.

Uthman was loved by all, especially staff of the Ministry of Information and Strategy, where he had once served as Public Relations Officer with distinction.

A distinguished Information Officer, career journalist and Civil Servant par excellence, Bolaji Uthman was born on 28 August, 1957 in Obalende, Lagos State. He attended the University of Nigeria, Nsukka and bagged a degree in Education/History in 1996. In 2000, he graduated as a Masters Degree holder in History/Diplomatic Studies from the Lagos State University, Ojo.

Before becoming the Director General of LASRAB in December, 2008, Uthman was part of the State Information and Economic Teams researching, documenting and preserving enduring records of the processes and impacts of plans, policies and programmes on the State development and cultural patrimony.

An editorial personality and scholar, he had researched, edited and published over 10 materials in specialised journals and also presented 12 unpublished papers of significant historical and archival value to Lagos State. He had received various awards/commendation from the State Government, including the Lagos State Productivity Award for 2003, Lagos NUJ Award of Excellence in 2009 and recognition by the US Consulate General in Lagos.

A widely traveled archivist, Uthman was survived by his children while his wife died early last year.