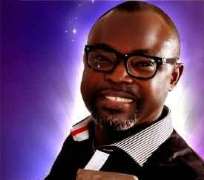 Seasoned comedian, MC Abbey was recently honoured by a church as he was given an award of excellence. The handsome entertained was reportedly rewarded for his hard work and contribution to the betterment of the society through his profession.

MC Abbey, as we gathered, was surprised to have been honoured with such by the church as he was never aware of them before now. From information scooped by us, MC Abbey was at the church to worship God, but was later bestowed with the honour later on.

The comedian informed Nollywoodgists.com that he was awarded by the church, who told him that they loved his creativity and the way he sets example for those looking up to him as a role model in the comedy industry.