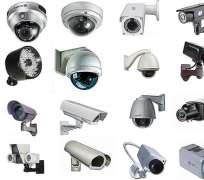 Spending considerable amount of time to read the 406-page book which I classify as a major thriller on terrorism in Africa titled; 'The World's most dangerous place; inside the outlaw state of Somalia' authored by the British Journalist Mr. James Ferguson and also as I watched with considerable trepidation a video of the leader of the dreaded armed Islamic insurgents in Northern Nigeria Sheikh Abubakar Shekau in which he claimed responsibility for the bombing campaign in the suburb of Abuja- Nyanya in which an undetermined but high number of Nigerians were wasted, I came out with the conclusion that this is indeed the time for a comprehensive and transparent forensic audit of the defence and police budgets.

A forensic audit at this auspicious time will determine why these two key sectors are grossly under equipped and the operatives grossly under motivated which occasioned the unprecedented rate of successful terror related attacks and mass killings by armed insurgents in all parts of North Eastern Nigeria and Abuja.

That aforementioned book by the British journalist dwelt extensively on the failed state of Somalia precipitated by divergent armed insurgents but the author took his time to methodically expose the fact that the armed Islamic terror group causing unprecedented upsets and killings in parts of Northern Nigeria do also have links with the terror networks that are creating instability in Somalia.

Also, the latest report by the Stockholm International Peace Research Institute (SIPRI), based in Sweden, [quoted by online journals] which shows that in 2012, Nigeria ranked as the 6th highest spender on the military in Africa, which the researchers attributed to the increase in insurgency across the country, has compelled an analysis of why the military in Nigeria still can not defeat or even minimize the consequences of terror attacks on ordinary Nigerians and strategic national assets.

The global report stated that the war against terror in Nigeria raised military expenditure to a staggering $2.327 billion (N372.3 billion) in 2012 alone, ranking Nigeria among countries at war in Africa.

The ninth wonder of the World however is why the armed forces of Nigeria still find it extremely cumbersome and difficult to overcome the armed insurgency.

The bewilderment is reinforced by the report, released recently, which shows that the Nigeria's military spending is the sixth highest in Africa, and competed with the expenditures of countries like Libya ($2.9 billion), Morocco ($3.4 billion), Angola ($4.1 billion), South Africa ($4.4 billion) and Algeria [$9.3 billion].

According to the SIPRI report [circulated in the media on 20th May 2013], Nigeria's military spending, which may not include wages and salaries, but mainly military hardware purchases, has been on the increase since 2006,but it escalated from 2008, to coincide with the period when the military became involved in the fight against insurgency across the country.

For example, the researchers stated that while the Nigerian government claimed to have spent $1.067 billion in 2006, when there was relative peace, though the Niger Delta militancy had begun to take its toll on the country, by 2009 when the Boko Haram crisis erupted in the North-East, the expenditure rose to $1.825 billion.

According to the report, in the year 2012, when the military claimed to have commenced massive procurement of security equipment to fight Boko Haram insurgency that had begun to spread from the North-East to North-West and some parts of the North-Central, the Federal Government allegedly spent some $2.327 billion.

In 2012, the total budget for security was N921.91 billion, close to a record N 1 trillion, which as observed in the report, attracted much criticism from various segments of the society, especially when compared to the sum of N348 billion allocated to defence in 2011. As at 2012, the budget for security was the biggest, bigger than the allocation to education. Even in 2013, the trend continued, as the allocation to Defence hit N668.54 billion, ahead of what was allocated to Education, Health, Works and other infrastructure-related sectors.

Even with the huge defence budgets over the years, there are still widespread allegations that corruption in the defence and police affairs ministry including the Nigerian Police Service Commission over the years means that operatives of the armed forces are not sufficiently kitted with the state- of- the- art combat weapons to be able to decisively crush the uprising threatening the territorial integrity of Nigeria.

Corruption in the defence sector is so huge that even the installation of Close Circuit Television cameras in parts of the country, for which an estimated $7 billion contract may have been awarded to a Chinese company, as disclosed by this international report being cited in this piece, is marred by widespread corruption because most of the so-called close circuit television facilities installed in Abuja failed to work which is one of the reasons being suspected for the seamless fashion in which the Islamic insurgents successfully detonated bombs in a parked public motor park in Nyanya, Abuja leading to high fatalities recently.

Following massive public outcry the minister of the Federal Capital Territory denied involvement of his office in the procurement of these close circuit television facilities that have become huge fraud and massive contraptions enmeshed in large scale corruption.

Besides, Mr. Mark Pyman, Director of TI-DSP said the following about the report which indicted the Nigeria's National Assembly in the large scale corruption in the defence sector; "Corruption in defence is dangerous, divisive and wasteful, and the cost is paid by soldiers, companies, governments and citizens. Most legislatures are failing voters by not acting as proper watchdogs of the huge sector. Whether the problems are due to the political environment, poor legislation, or poor commitment by Parliamentarians, the good practice examples in this study can help them improve".

As we embark on collective national introspection on why we are afflicted by large scale terrorism and violent killings, we must as a nation initiate transparent probe of the defence sector to determine the extent of corruption, name and shame the indicted past and current government officials that have messed up our internal security and also use the judicial system to prosecute, retrieve our stolen national defence assets in private hands and punish offenders possibly with the death penalty since these huge corrupt practices are directly responsible for the ineffective and inefficient shape of Nigeria's armed forces which is one of the reasons for the longstanding insurgencies and bloodletting by a range of freelance armed hoodlums and Islamic terrorists.

All those who have stolen from the public treasury meant for procurement of effective fighting defence facilities and combat weapons are the greatest enemies of Nigeria and must be made to face the full weight of the law.