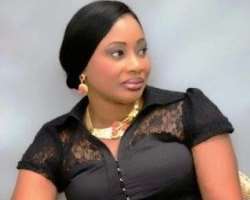 Information reaching Nollywoodgists.com revealed that veteran actress is now a hot cake in the movie industry in Nigeria. Perching birds within the industry informed us that the mother of a top music video director in Nigeria, Clarence Peters is now on high demands.

Nollywoodgists.com was hinted by industry sources that Clarion is now being chased by movie producers, who want the pretty actress in their films.

“Clarion is now gradually becoming a hot cake in the industry. A lot of producers want to work with her. Getting her to be on movie set is now becoming a herculean task as she is always busy,” a source divulged to us.

Clarion recently played a lead role in a movie by Emem Isong, 'Ipaye', which hit the cinemas some days ago.

'My Hubby Wasn't Sacked From Air Nigeria, We Are Living Fine--Omotola Reply Critics

Nollywood Most Passed Around Yoruba Actresses