Mozambique's Minister of Energy Hon. Salvador Namburete to give an exclusive insight into investment opportunities in Mozambique's power sector 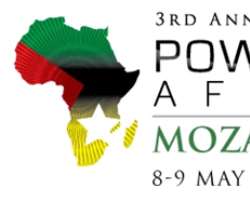 Mozambique's Minister of Energy Hon. Salvador Namburete to give an exclusive insight into investment opportunities in Mozambique's power sector
Listen to article

MAPUTO, Mozambique, March 24, 2014/African Press Organization (APO)/ -- Mozambique's discovery of the 4th largest gas reserves in the world, coupled with an estimated US$12 billion worth of power projects in the pipeline and steady economic growth of 8% a year, makes the country one of the most exciting and lucrative power investment destinations in the world.

Most recently, ACWA Power Moatize Termoeléctrica announced the development of a thermo-electric power station in Mozambique's Tete province with an estimated cost of US$1 billion, and the Japanese government announced it is to grant Mozambique a loan of 17.27 billion yen (167 million US dollars) to build a gas fired power station in Maputo. The 3rd Annual Powering Africa Mozambique Meeting (http://www.poweringafrica-mozambique.com) will bring together senior decision-makers representing such projects.

Public sector participants who will attend the meeting include:

Laura Nhancale, Director of Studies and Planning, Ministry of Energy, Republic of Mozambique

Private sector participants will include:

A combination of roundtables and workshops will allow participants to question and engage in dialogue with government officials and private sector developers to explore solutions and help shape policy for some of the most critical issues facing the development of the power sector in Mozambique, including: the electrification of gas for domestic and international use, the funding of hydro power projects, the funding of grids, solving the off taker issues and lack of government guarantees. The 3rd Annual Powering Africa Mozambique Meeting is being hosted in partnership with the Mozambican Ministry of Energy.

Note * = to be confirmed

Distributed by APO (African Press Organization) on behalf of EnergyNet.