Biola Alabi, the Managing Director of M-Net Africa has resigned! 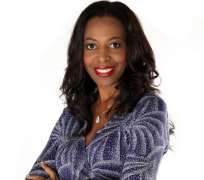 Just as everyone awaits the most talked about movie awards ceremony, Africa Magic Viewers' Choice Awards, which is scheduled to hold on Saturday, March 8, 2014. Biola Alabi, the Managing Director of M-Net Africa has resigned!

Biola reportedly resigned her appointment from the company for some unknown reasons even though there have been reports that the amiable Biola's resignation is mired in controversy as it's alleged that she was forced to resign. However

Biola's resignation has not been made public in other to ensure that the organization holds one of its biggest project, 2014 Africa Magic Viewers' Choice Awards, the news was shocking to many people as the award ceremony is just in less than three days time.

Biola, who was at the forefront of the expansion of the AfricaMagic channels brand across the continent, is known to have been a major force behind the Africa Magic Viewers' Choice Awards that debuted last year.