BIPI An Embarrassment To Rivers State —APC...As He Is Told To Apologise Or Face Suspension 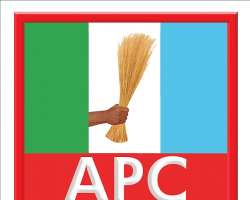 We watched with sadness the great embarrassment brought to Rivers State and its people by Hon. Evans Bipi, the self acclaimed Rebel Speaker of the Rivers State House of Assembly. Apart from conducting himself as a glorified tout, Hon. Bipi can hardly make a single correct sentence. For instance, Bipi during an interview with Channels TV broadcast on 3rd March, 2014 stated and I quote: “Those members who met with Amaechi in Government House today, only went to metwith their friends because the house is not sitting. They went to met their friend as far as I am concerned.”

This grammatical murder by a person parading himself as a lawmaker and aspiring Speaker of the State House of Assembly in a civilised and sophisticated State such as Rivers is no longer acceptable and must be condemned unequivocally as our people cannot be seen in such a light as being presented by a half-baked semi-illiterate politician like Hon. Bipi. We hereby give Hon. Bipi 24 hours to apologise to the people of Rivers State for embarrassing them as do most officials of the Felix Obua-led PDP in the State. If this is not done, we would have no alternative than to prevail on the Rt. Hon. Amachree Otelemaba-led Rivers State House of Assembly to suspend him and ask his constituency (Ogu/Bolo) to as a matter of urgency set in motion a machinery to recall him and thus end the great shame of being represented by such a motor park lawmaker who is speaking and acting like his paymasters.

It is unfortunate that this accidental lawmaker should describe a formal sitting of Rivers State House of Assembly with both the Mace – the symbol of authority – and the Speaker in session as a mere meeting of friends. This simply demonstrates that this man has not lived out his housemaid mentality and should not in any way be addressed as a lawmaker of a State like Rivers State.

Meanwhile, we wish to formally congratulate and commend the Rivers State House of Assembly for not only sitting but also ensuring that the programmes of the Chibuike Rotimi Amaechi-led administration are not disrupted in any way as the enemies of Rivers State would have loved to be the case. They should go about their normal business and be assured that the people of Rivers State and the members of the fastest growing political in Africa (APC) are solidly behind them.