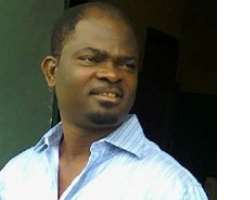 ‎‎In yet another deadly attack, Boko Haram was on rampage Monday night (Feb. 24, 2014) at a secondary school in Yobe State, killing 29 students with scores seriously wounded. In the massacre, the insurgents stormed the Federal Government College (FGC), Buni-Yadi, a boarding secondary school at about 11.30pm. They also razed buildings within the school premises.

As a concerned stakeholder and patriotic Nigerian, I will not fail to add my voice in condemning this dastardly act. I see this as a wake up call to all our security agents to redouble their efforts and chart a new strategy to combat terrorism and win the war against it.

As a matter of fact fishing out the sponsors and perpetrators of this vicious, abominable, wicked, satanic and inhuman act can only be seen as the only acceptable condolence to the bereaved families.

In my opinion it is most irresponsible for any government under any guise to play politics with the lives of innocent and defenseless souls‎. This is the time for the President to hold the bull by the horn and deliver Nigeria from the hands of blood-sucking sect known as Boko Haram. Enough is enough.