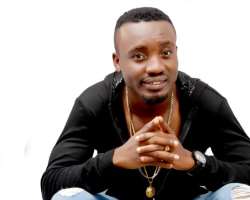 Report reaching us confirms that Nollywood actress, Halima Abubakar has signed a new artiste on to her MadeHouse Entertainment music label.

In a statement made available to Nollywoodgists.com by her representative, it was gathered that the Ebira, Kogi State-born actress-cum-farmer signed an artiste called 'Yung Issy' into the record label. The young singer is set to release a new single soon.

Yung Issy's real name is Issa Abubakar. He is a graduate of Business Administration from the Kwara State Polytechnic, Ilorin. He does rap music synchronised into RnB with a bit of hip-hop. He also fused classical and local lyrics to create a different style of music.

He started singing at a very tender age and took a special interest in it while in Kwara Poly. “I love music but initially, I didn't really know I was going to someday go into the studio to record tracks for an album. I started out professionally in the year 2004,” said Yung Issy.

The artiste is currently working on the promotion of his new song as well as working towards the release of his album as soon as Halima returns from her trip to the United States of America.