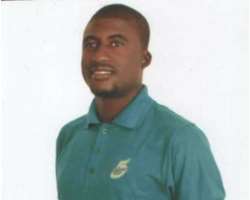 Sir, I write on behalf of the Zonal Secretariat of National Association of Nigerian Students (NANS) Zone “A” to bring to your attention the unholy and unsavoury attempts by One Prince Mohammed Sani Hassan aka “Last Don” the self-acclaimed SSA on students to Governor of Bauchi State effort to polarize the united Leadership of our noble organization NANS.

As a responsible organization and students leaders, who would not want to take law into our hands, we are compel to write this open letter because of the dangers and imminent bad posture the activities of Mohammed Sani Hassan, if not thwarted and corrected is capable of threatening the long lasting peace in the students community especially in Bauchi State, as we would not stand idly to watch the nefarious activities of the so-called Mohammed Sani Hassan and his co-travelers go unabated, consequently causing disaffection to the most peaceful Zone of NANS.

We feel the sense of urgency to bring to your attention the continued interference of the so called SSA on students Prince Mohammed Sani Hassan even as his appointment through fraudulent means of hook and crook method was allowed, as it was seen then as a plus to Nigerians Students. When he was introduced and recommended by a Factional President of NANS who today exist only as a figment of imagination, sometimes last year; the illegality we allow then with the hope that the sinner will repent, have now came back festering and fanning embers of disunity among Nigerian Students.

AKA Last Don has in no time held elective post in NANS to merit being its stakeholders, and even the National Association of Polytechnic Students (NAPS) he hold-sway for over 2 years, he arrogantly balkanize because of his greed and unpatriotic nature, he fraudulently collected money from two different State (Nasarawa & Kwara) with a promise of election in the state and later went ahead to declare a Private Polytechnic Students at the Charade he organized to justify the money he fraudulently collected, even when he was fully aware that Private Polytechnics, Universities e.t.c are not eligible to participate in activities of the organization therefore, we alert the good Government of Bauchi State to be weary of him and his co-travelers, also to caution him to stay clear of NANS ZONE “A” forthwith.

Your Excellency sir, it may interest you to also know that, the powers to call, fix date and venue of the Zonal Convention resides with the Coordinator for which Niger State and 7th March, 2014 was picked in order to allow Nigerian Students attend the final interment of our Departed Hero Elder Statesman Segun Okeowo in his home town on 28th February 2014, but for the sinister motives on this unrepentant villain, he has arrogate the powers to call another convention on 2nd March, 2014 to himself just 5 days from the original date for no just reason, in order to defraud the Bauchi State Government, thereby causing disharmony in the organization that he is a benefactor of and have gone ahead to call a so-called-stakeholders meeting with just 7 people in attendance not even a single SUG President to decide the fate of over 14 million unsuspecting Nigerian Students for his selfish aggrandizement, more so he has pauses one imposter as being Personal Assistant to the Governor, even though we were made to understand he is known as unpatriotic Nigerian and promises to secure support of N500,000 for his selfish interest to host the purported illegal convention in Bauchi State, even if it is just two (2) States attending out of the 10 state constituting the Zone on 2nd March, 2014.

Therefore, we are calling on the attention of His Excellency Mallam Isa Yuguda and relevant security agencies to call this disgruntled element whose stock-in-trade is balkanization of institutions that have endured. Consequently sir, the entire students community would not hesitate to mobilized its armless members to Bauchi on the 2nd of March, 2014 to put a stop to this impunity and treason, because “in a state of lawlessness, it is unlawful to be law abiding” therefore Bauchi State Government should be weary of these con-artist whose desperate plot to foist his candidate on Nigerian Students like he did in his uncelebrated dictatorship in National Association of Polytechnic Students (NAPS) and created anarchy which is still fresh in our memories, as it took the effort of genuine stakeholder to recently restore the organization, which would have been perished because of his orgy misdemeanor. The leadership of the Zone would not standby idly to watch the continued interference in the organizations activities, under any guise and using the name of His Excellency Mallam Isa Yuguda as being the sponsor of this misadventure and division of Nigerian Student.

Finally, Your Excellency Sir, at moment like this what any government would not want is incurring the wrath of Nigerian Students, as we seat on a keg of gum-powder after over five months strike, we would not tolerate any act that would disturbed our academic pursuit any further; please call Mohammed Sani Hassan AKA Last Don to order.

Thank you and God bless as you have proven again and again that you are students-friendly Governor.
Aluta Continua Victoria Ascerta.

Its note worthy to state that, before the inglorious appointment Mohammed Sani Hassan