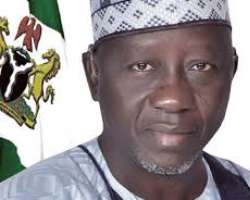 
The Nasarawa State Government said on Tuesday that it would spend more than N51 million monthly to fund free education in the state.

The state's Commissioner for Education, Science and Technology, Mr Sani Yakubu-Hauwa, told newsmen in Lafia that the amount would be invested to boost secondary education.

“A benchmark was set by the state for the feeding of boarding school students per day and for the upkeep of students in all public day secondary schools,' he said.

He said the population of students in public boarding schools was 20,892 while day students were put at 106,739.

He also directed directors of area inspectorate offices to monitor school principals to ensure compliance with the policy.

The commissioner warned saboteurs to desist or face the full wrath of the law.

He also called on the people of the state to support the present administration, saying that “the government is planning better things for them''.

Gov. Umaru Al-Makura had declared free education in the 2014 Budget presented on the floor of the state house of assembly.

The governor had disclosed that physically-challenged children would enjoy free education from primary to tertiary level.