Who Stole Our $20 Billion Oil Money; President Jonathan Has A Case To Answer 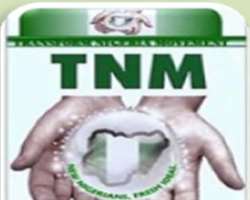 Transform Nigeria Citizens Initiative (TNCI) is disappointed that apart from reportedly asking the Central Bank of Nigeria (CBN) governor, Sanusi Lamido Sanusi to resign; President Goodluck Jonathan has kept mute since the report of the scandal in the Oil sector was exposed by the CBN Governor. Common sense dictates that the President swing to action immediately to get to the root of this allegation, even if Sanusi was only blowing hot air, considering his position under his administration.

But appallingly, Mr President adopted the 'Siddon Look' mode typical of Nigeria leaders, who believes that after the media noise, calm, will return, and Nigerians will move on and forget.

While we call on the president to swing to action immediately, we equally call on Mallam Lamido Sanusi to get his facts correct. A situation where our central bank governor cannot make up his mind as to whether the missing amount is 49.8, 10.9, or 20billion US Dollars is worrisome.

However, more worrisome is that our commonwealth to the tune of billions of dollar oil money is unaccounted for. It does not matter whether the amount is $49.8 billion originally alleged to have been illegally siphoned, or the most current $20b that is still missing from the accounts of the Nigerian National Petroleum Corporation (NNPC). It is more tragic that it is suspected that the money has been diverted with the 2015 election in mind.

This controversy which has been secretly ongoing since September 2013 but now fully in the public domain cannot be waved away as we have done to other cases of corrupt practices. The Senate through which Sanusi made the allegation should urgently summon the CBN Governor and the Ministers of Petroleum and of Finance to a public hearing, which should be televised live, for them to explain to Nigerians where the $20billion went.

TNCI which speaks on behalf of Nigerians urgently demand accountability on this issue.

Nigerians must equally find it absurd that at a period when our oil is sold $30 above the budget benchmark price, the foreign reserves and excess crude accounts are going down. The only explanation for this abnormality is that politicians and officials are stashing money for elections”, said Debo Adeniran of Coalition against Corrupt Leaders (CACOL).

We call on the President to come out and clear the air on his involvement on this huge missing money. Now is the time to prove his mettle on the anti-corruption stage.

The NNPC stance that the money has gone into legitimate projects sounds hollow. They perhaps think Nigerians are fools. TNCI demands that the government name all the 'projects' for which the money was used, if this government claim of fighting corruption is to be taken seriously.

Certain questions need be asked henceforth: Can the NNPC still be trusted as the custodian of our oil wealth? Or has it become a conduit pipe to siphon money by the President and his cronies? Is the NNPC the ATM of the Federal Government as claimed by opposition leader, Bola Tinubu? Has the NNPC become the cash cow for every occupant of Aso villa?

We call on the President to break his silence and come out publicly to answer these questions over the missing money. The perpetrators of the crime MUST be brought to book. The Petroleum Minister should be suspended, pending the probe of this saga. Nigerians deserve to know the truth.

Transform Nigeria Citizens Initiative (aka Transform Nigeria Movement, TNM) is a Non-Profit Organisation whose vision is to develop that critical mass of citizens who are not only aware of their civic rights but also understand the need to fight for such rights and demand accountability from the leadership